Catholics can pray outside their homes and churches and along the roadside as the statue of Santa Marian Kamalen visits them throughout the island. Like last year, the image of our beloved Mother Mary will go to the faithful in place of the traditional procession outside the Cathedral-Basilica in Hagatña. The adjustment is made to help safeguard all people against the spread of COVID-19.

Monsignor James Benavente, Pastor of the Dulce de Maria Cathedral-Basilica Agana parish announced this year’s plans in Nov. 8 and Nov. 22 letters to clergy, religious and Catholic school administrators. The Cathedral-Basilica has released this year’s schedule of nightly nobenas for the Feast of Santa Marian Kamalen. (Accompanies this news release)

The nobenas and Masses will begin on Tuesday, Nov. 30 at the Cathedral-Basilica. Information on routes and timeline of the islandwide pilgrimage of Santa Marian Kamalen will be posted shortly.

All are reminded that the islandwide pilgrimage of Santa Marian Kamalen will not be a motorcade. To avoid creating traffic congestion, the faithful are strongly asked NOT to organize motorcades that attempt to follow the statue. This will pose safety issues for parishioners while approaching large crowds.

COVID-19 community testing at Tiyan canceled due to inclement weather 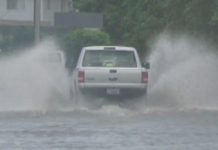 COVID-19 community testing at Tiyan canceled due to inclement weather

November 29, 2021
@PNCGUAM INSTAGRAM
Ready or not, GDOE students returning to 5-day, in

Berg: Guam should not panic over new omicron COVID

Tropical disturbance to pass southwest of Guam; we