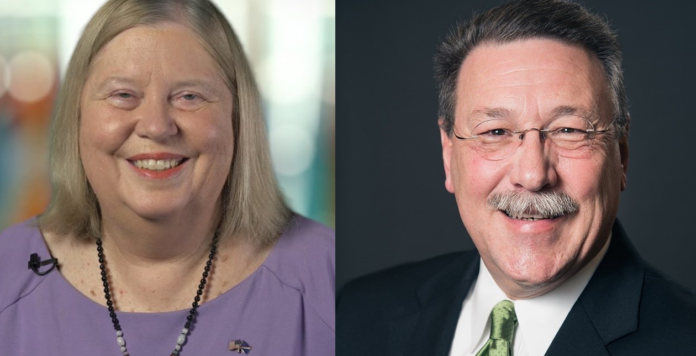 The U.S. State Department has announced the selection of  Karen Stewart and Doug Domenech to negotiate the agreements to amend the Compacts of Free Association with the Republic of the Marshall Islands, the Federated States of Micronesia, and to engage in Compact Review discussions with the Republic of Palau.

Karen Stewart is currently the United States Ambassador to the Marshall Islands. Doug Domenech is the Interior Assistant Secretary for Insular and International Affairs.

Ortagus said “the selection of Ambassador Stewart and Assistant Secretary Domenech to lead our negotiating team is the latest in a series of actions that the Trump Administration has taken following the historic meeting of the leaders of the Freely Associated States with President Trump.”

During his August visit to the Federated States of Micronesia, U.S. Secretary of State Mike Pompeo reaffirmed Washington’s “longstanding commitment” to the Freely Associated States, the Compacts of Free Association, and to “the important role that these Compacts play in sustaining our mutual strategic partnerships,” said Ortagus.