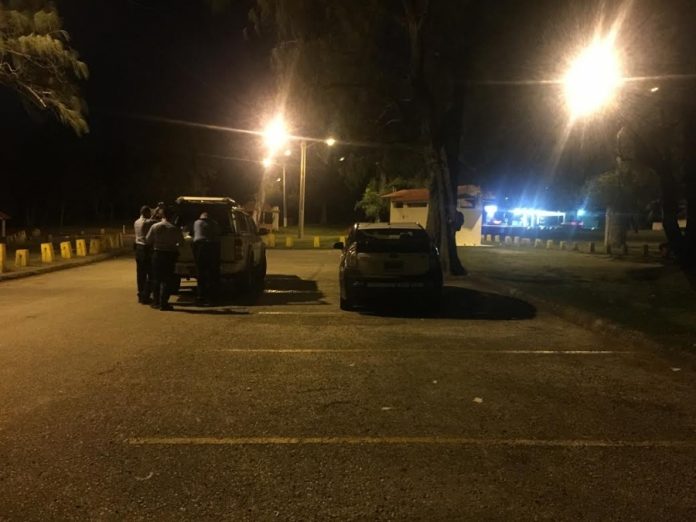 Guam – There are still no charges filed against anyone who was arrested for the shoot out at the Ipan Public Beach on the 22nd of January and the A.G.’s office has yet to commit to charging anyone.

The three men who were arrested for the shooting incident have all been released. The Police officer who was arrested was booked and released the same day.

Four men were arrested for what witnesses called a shootout. Police officer Jojo Templo Garcia was initially arrested for illegal discharge of a firearm and reckless conduct however he was booked and released and never officially charged by the Attorney General.

58 year old Eddie William Salas was initially arrested for attempted murder, aggravated assault, unlawful discharge of a firearm, possession of a firearm without a valid firearms I.D., terrorizing and reckless conduct. 28 year old Edward Joseph Crisostomo was arrested for conspiracy, unsworn falsification, criminal facilitation, and guilt established by complicity. 21 year old Christopher James Crisostomo was arrested for aggravated assault, reckless conduct, possession and use of a deadly weapon in the commission of felony, possession of a firearm with no valid firearms I.D.., criminal facilitation guilt established by complicity, and unsworn falsification. These three men were all booked and confined the same weekend as the shooting incident but then were released by the A.G.’s office on the following Monday because they were not able to magistrate them within the required 48 hours.

Witnesses at the scene told PNC two men were shooting at each other. Witnesses described one gun as a rifle and the other as a pistol. Witnesses also said that one of the guns sounded like it was fully automatic. A stray bullet even hit the gas station located across the street taking out a chunk of cement. There were no injuries.

We asked the A.G.’s office why the three men who were confined weren’t able to be magistrated in time. They replied via email stating:

“There was insufficient time to draft the magistrate declaration and complaint without violating the 48-hour rule.”

PNC also asked the A.G.’s office if the police reports on the three confined suspects were provided to them on time to magistrate them within the 48 hour deadline to which they responded:

“The information required to draft and file a declaration and charges were incomplete at the time of the 48 hour rule.”

PNC also asked if their office had received all of the police reports pertaining to this case and if so when. Their reply:

“We have received police reports. Supplemental information is sometimes sent at later time and included in the case files.”

PNC also asked to receive copies of the police reports but we were denied. The A.G.’s office stated:

“We do not give copies of police reports, it is part of the investigation and review of a criminal case.”

PNC asked if the A.G.’s office would be pressing charges against anyone for the shooting in Ipan to which they replied:

“This is under review.”