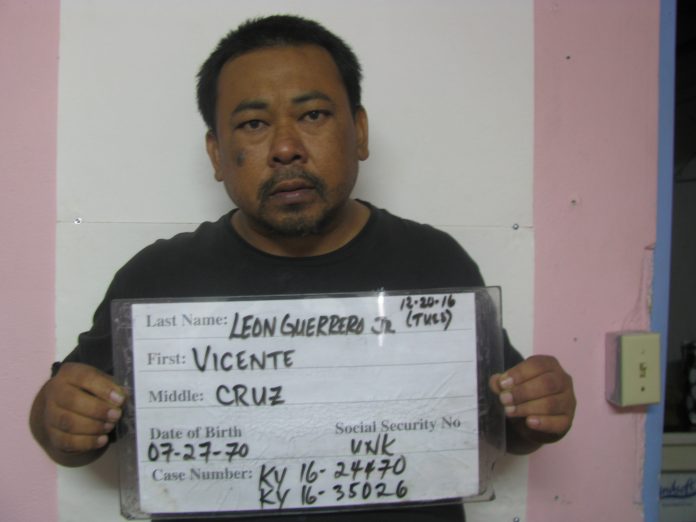 The defendant said he purchased what turned out to be a stolen container for $2,500.

Guam – The investigation into a stolen 40-foot container led police to $100,000 worth of methamphetamine or the drug “ice.”

And now Vicente “Ben” Leon Guerrero is behind bars on drug and theft charges. Police say a woman first reported her container stolen from her relative’s property back in September.

It turns out it was taken by Leon Guerrero but he told police that that he had purchased the container for $2,500 from another individual who claimed to have owned it. Then, with the help of friend, he had a moving company remove the container from the woman’s property to his own.

After clearing up the confusion, Leon Guerrero promised to have the container returned to the rightful owner with the contents still inside but after several weeks of ignoring calls, police went looking for Leon Guerrero.

On Monday, during a routine check of a hotel, police located Leon Guerrero and there they also found 196 grams of ice inside of a vehicle belonging to his girlfriend. He is facing multiple drug charges as well as theft by receiving stolen property.