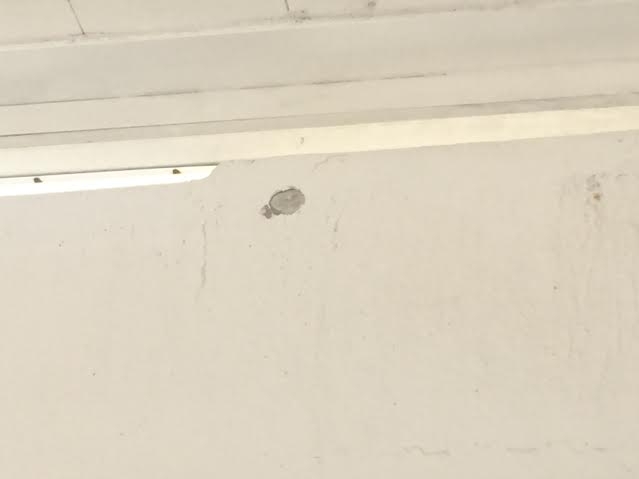 “We were very very fortunate that no one got hurt and thank God that God was just watching over us that night. It was just very scary.” – Yvonne Rosario Owner Ipan Gas Station

Guam – The owners and managers of a gas station across the street from the Ipan Beach say their station was actually hit by a stray bullet from the Ipan Gun fight that occurred on Friday night. Meanwhile all four suspects who were arrested for the shootout have been released.

Rosario operates a gas station in Ipan that is across the street from the Ipan Public Beach where a shoot out occurred on Friday night. Witnesses at the scene told PNC it was a gun fight between two men one with a rifle and one with a hand gun. “Just right before nine o’clock two of our employees heard a gunshot and so one of them went out to verify and he confirmed there was a gunshot and there was a commotion happening across at the Ipan Public Beach or right across us.”

Rosario says they heard just one gun shot at first followed by a lot of commotion She asked her niece to call 911 and report it. Then a few minutes later more shots rang out. “Next thing you know there was a lot of shots being fired just one after the other it seemed like a gunfire shooting back at each other. Then from there we were just all scared we just were ducking and we didn’t know what to do we were just all panicked and traumatized at that time,” said Rosario adding, “So you know I’m not an expert in guns but it went pak pak pak pak then I heard pak pak like somebody’s shooting back. So to me it sounded like two different guns that’s just the way it sounded to me.”

A stray bullet from the shootout even hit the station. Luckily it hit a part of the cement near the roof and not a pump or window or person. Not only were there employees in the gas station but there were customers there as well. “We were very very fortunate that no one got hurt and thank god that God was just watching over us that night. It was just very scary. Normally Ipan is a very quiet place. I mean the beach is safe. That night unfortunately I guess I don’t know what happened there was just a lot of yelling I don’t know what they were doing there. This just doesn’t happen in Ipan,” said Rosario.