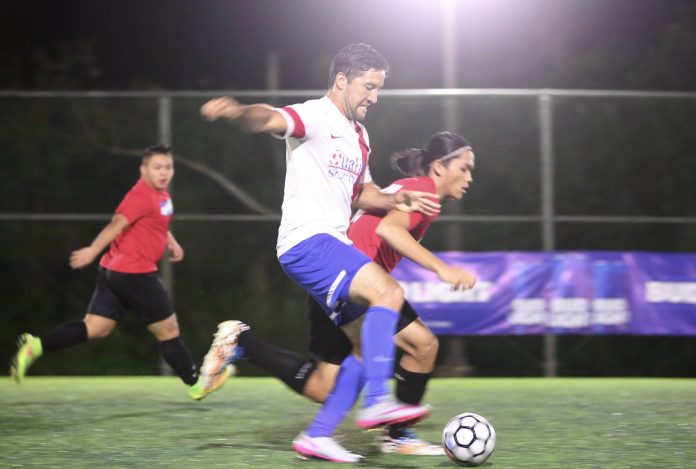 Defending champions Rovers topped the Cobras 10-2 in its league opener with five goals from Jorge Hellu.

GUAM – The Strykers, Rovers FC, and Quality Distributors remain as the lone undefeated teams in the 2016 Budweiser Futsal League after two rounds of play at the Guam Football Association futsal courts.

The Strykers have the slight edge over the Rovers in standings with a superior goal differential of 15. The Strykers first blanked Hard Rock Café 12-0 in its opening match July 5 and later defeated last season’s runner up, the Southern Cobras 7-4 Satruday. Marcus Lopez and Dylan Naputi each scored a hat trick in the win against HRC and teammates Francis Chargualaf, Scott Spindel and Xavier Naputi scored twice in the win. Spindel also scored four against the Cobras and teammate Vinicius Rodrigues scored twice. Caleb Barretto scored the Strykers’ other goals against the Cobras. Ashton Surber finished with a hat trick and teammat Jan Flores scored once for the Cobras.

Defending champions Rovers topped the Cobras 10-2 in its league opener with five goals from Jorge Hellu, four from Regis Cavalie and one from Shawn Spindel. Surber scored twice for the Cobras. The Rovers next edged Guam Shipyard 9-6 in its second round match with four goals from Ian Mariano, three from Jason Cunliffe and one each from Spindel and Jonahan Romero. Min Sung Choi scored four for Shipyard and teammates Mark Chargualaf and Anthony Babauta also scored.

In Sunday’s lone match, the Crushers defeated the Bombers 9-4 with four goals from Devan Mendiola and a hat trick by Noah Duenas. Odell and Joshua Pangelinan also scored in the win. Craven finished with a hat trick and Cardona also scored.