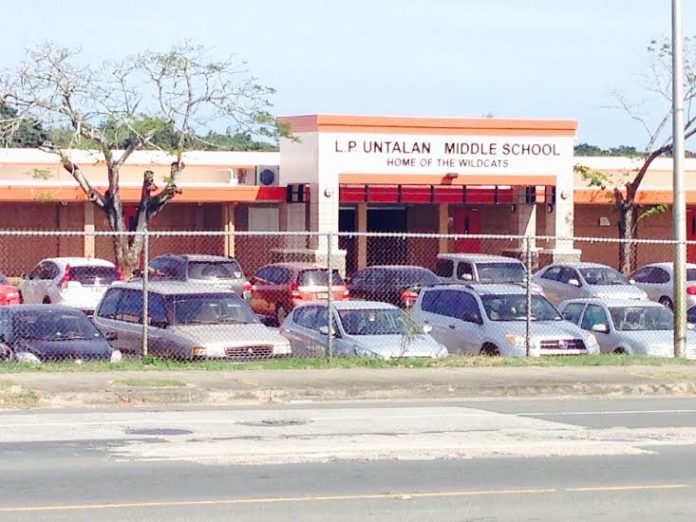 A Terrorizing Complaint brought police officers to Untalan Middle School on Tuesday to find out that a student had possession of a knife and was planning on using it on a teacher.

Police were called to Untalan Middle School on Tuesday in response to a student bringing a knife to school and threatening to use it on a teacher.
GPD Spokesman Officer AJ Balajadia says, “We responded to a confiscation of a knife from one of the students. Staff have confiscated a knife. Staff indicated that they received information from other students that this particular student had threatened to use that knife on one of the teachers.”
Balajadia says the terrorizing complaint was sent to the Juvenile Investigation team for a follow up investigation.
Department of Education Deputy Superintendent Rob Malay confirmed that the incident took place.
We ask Malay what happens if a student is suspected of bringing a weapon to school? What is DOE’s Search and Seizure policy?

Malay replies, “Perhaps a student might report that they saw something, they tell their teacher they saw another individual with something they shouldn’t be having at school. They report that to the teacher, the teacher reports that to the school admin. That could be a cause for a reasonable suspicion, which would allow them to conduct a search in that instance.”

To protect the student’s privacy rights, Malay could not provide us with anymore details except that the student’s parents were called and school staff took the proper administrative action.