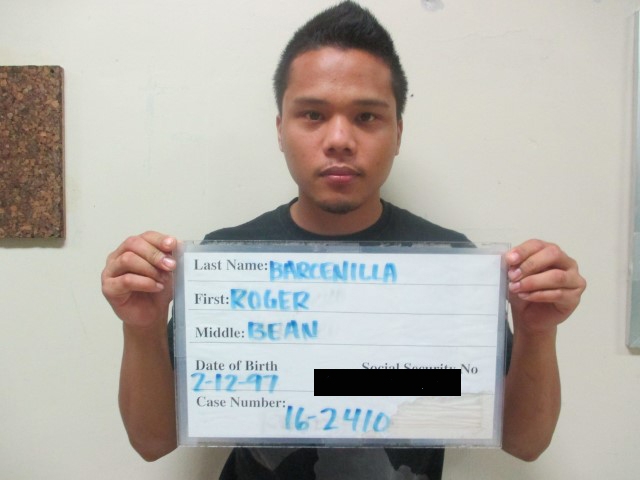 Roger Barcenilla is a student at JP Torres Alternative School. He was charged with third degree felonies.

Guam – The 18-year-old student who was arrested yesterday for allegedly posting a written bomb threat at JP  Torres Alternative School could end up spending 10 years in prison if found guilty.

Roger Bean Barcenilla was charged in superior court today with two counts terroristic conduct as a third degree felony with a special allegation of crimes against the community.

By law, a third degree felony is punishable by up to five years in prison and since Barcenilla was charged with two counts of terroristic conduct, he could face a jail sentence of up to 10 years behind bars.

A magistrate report states that authorities found notes written in both the boys bathroom and girls bathroom stalls for bomb threats scheduled for today and tomorrow.

Authorities were eventually able to trace the notes to Barcenilla who, according to police, took responsibility for writing the bomb scare notes that were found in the boys and girls restrooms.