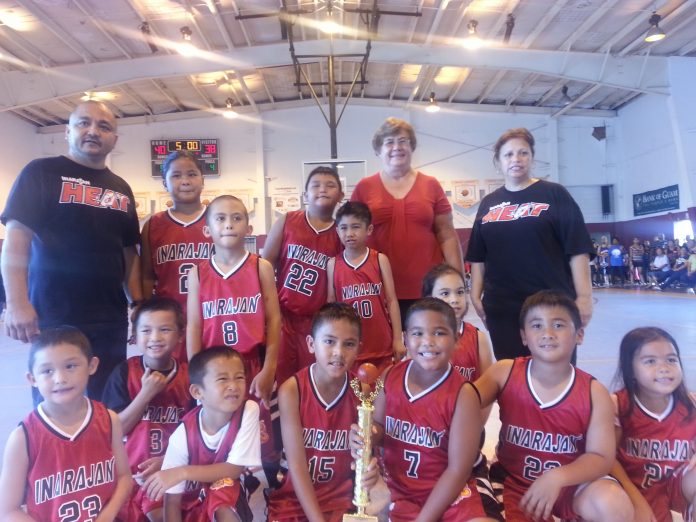 Tamuning, Guam – 2013 SummerJam Tournament presented by Aloha Maid and Bank of Guam completed its  championship game day 1 on Sunday with seven titles up for grabs at Tamuning Gym.

The stands were filled with fans cheering for their favorite teams as each division champion and runner up were awarded their trophy and plaques at the conclusion of each game.

Championship game day 2 is set and scheduled for tomorrow starting at 6pm in the 18 and under competitive division between the JR Kings and Panthers Club. The men’s varsity division follows at 7:15pm between the Andersen Bombers and Tamuning Typhoons.

8 and under coed division: Inarajan Heat (40), Tamuning Typhoons (38). Heat Dustin Cabrera was named the MVP. Bank of Guam division top scorers were Cabrera and Jaden Santos with the Typhoons with a total of 88 points each. 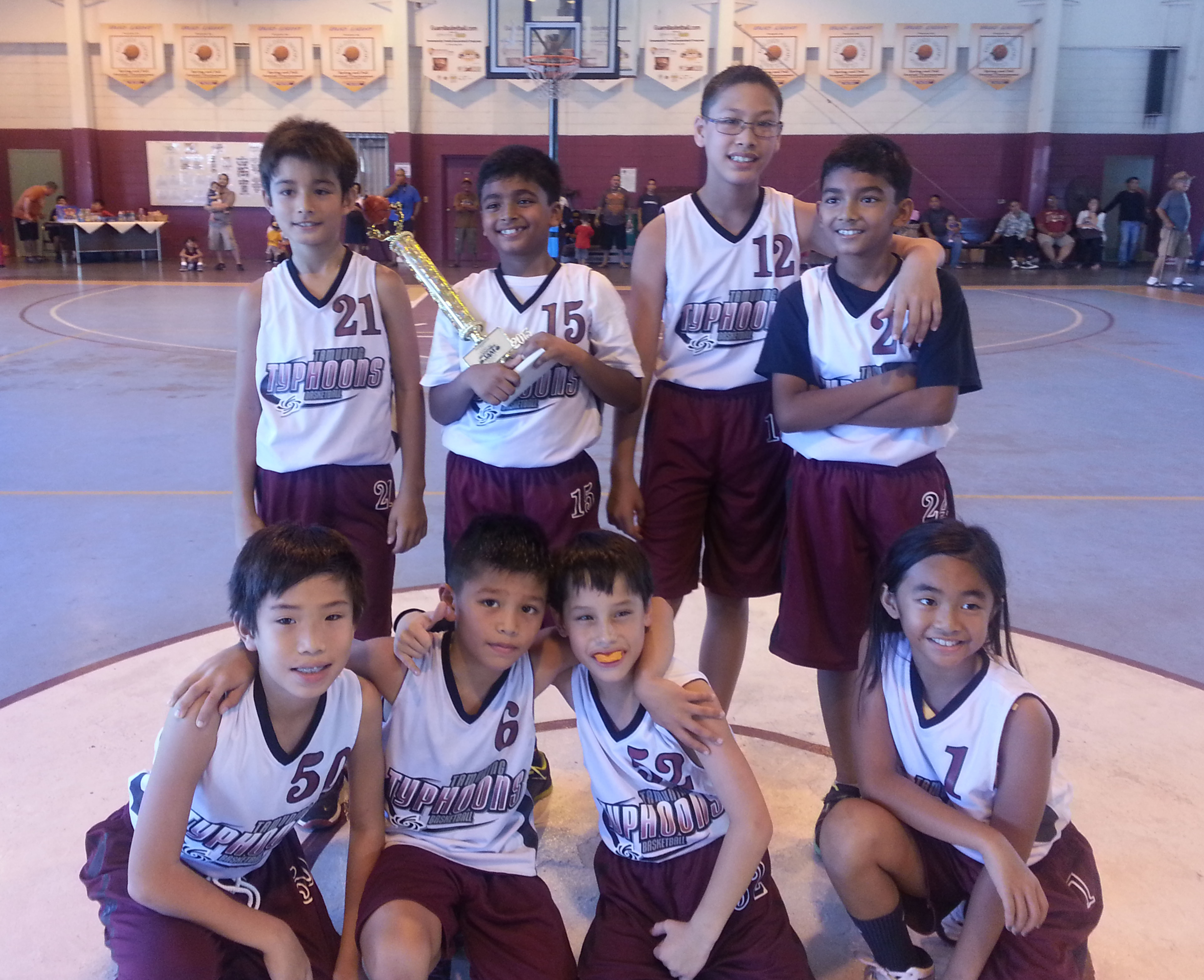 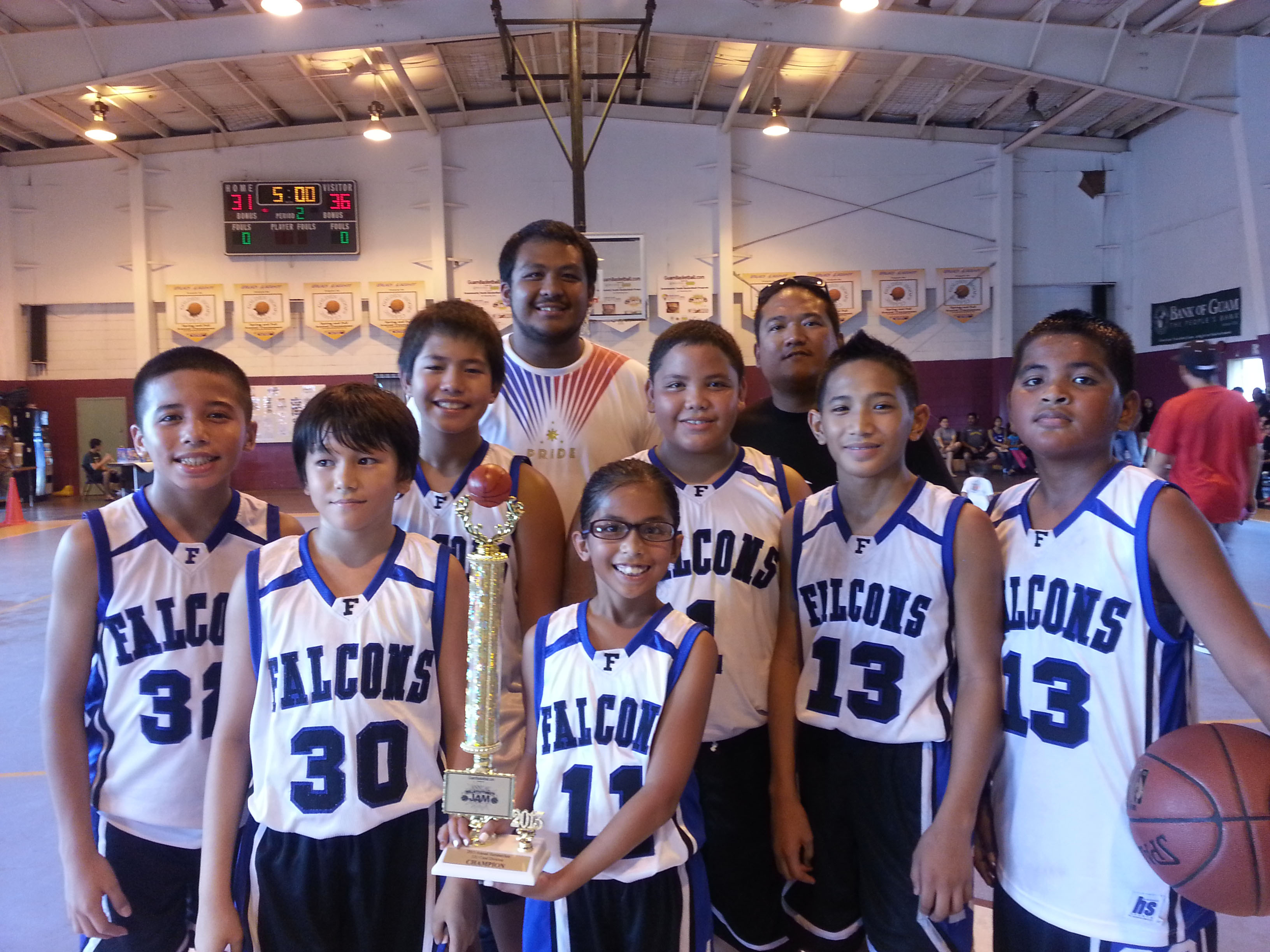 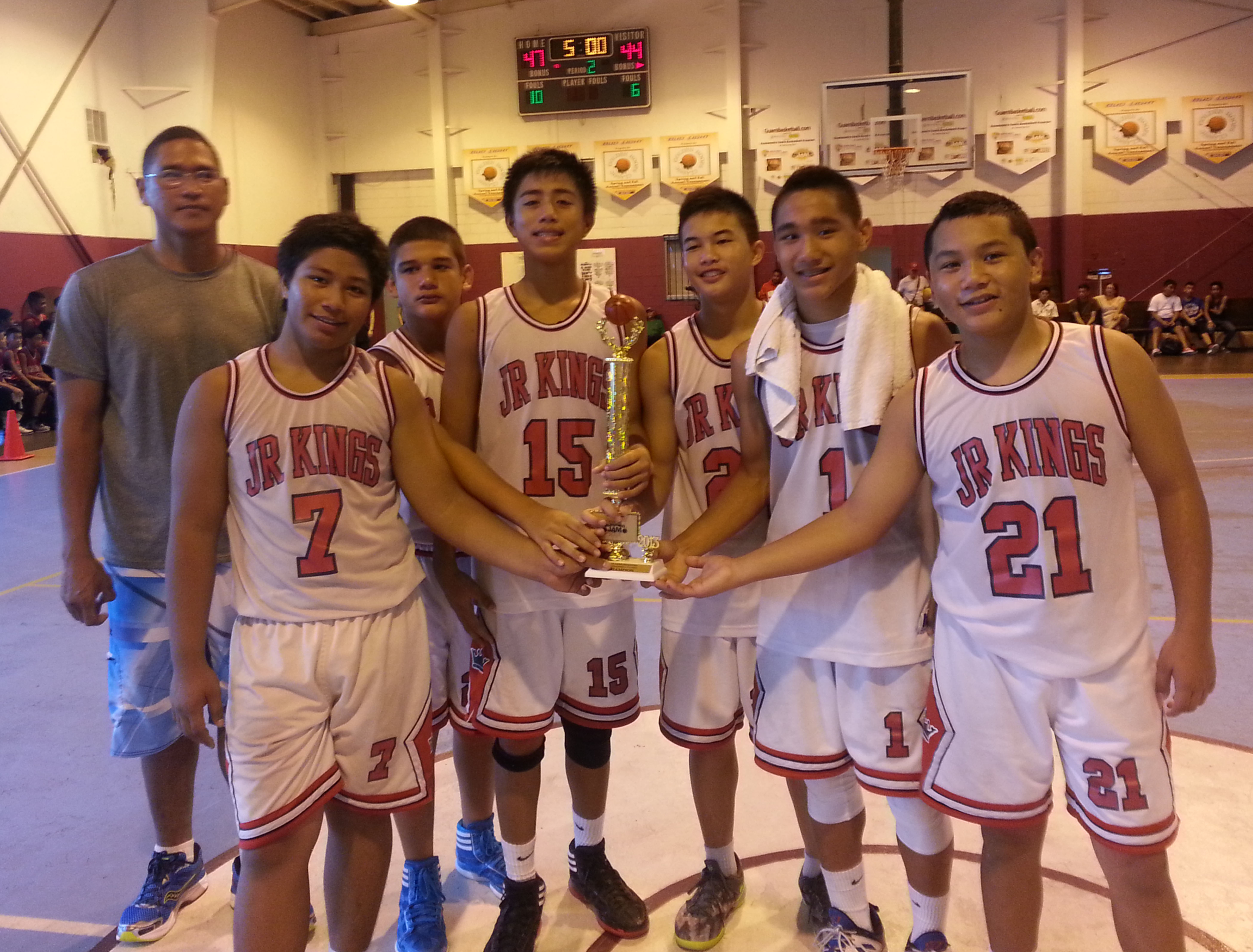 16 and under competitive: Dededo Green Machine (41), JR Kings (39). Dededo’s Wayne Jesus was named MVP and awarded the Bank of Guam division top scorer award with a total of 180 points averaging 16.36 per game.