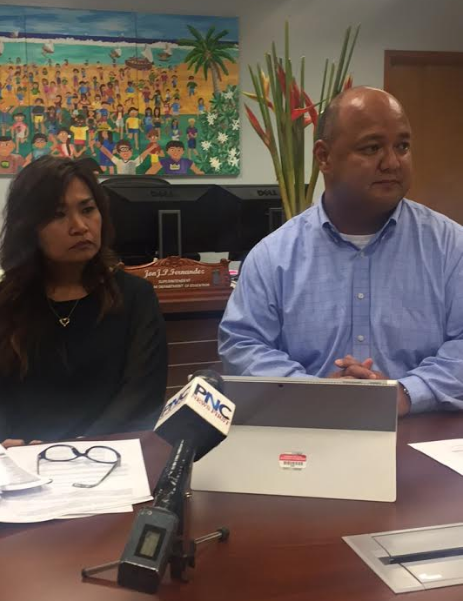 “We’re trying to reassure parents that we have a prepared response of this emergency and any other potential emergencies,” assured the superintendent.

Guam – As North Korea’s fiery threats to attack Guam have dominated the media for the past few days, an air of uneasiness naturally surrounds the thousands of students returning to public school this Thursday.

To address any concerns, Superintendent Jon Fernandez held a press conference today to discuss their emergency preparedness plans in light of the North Korean threats.

“Again, we’re trying to reassure parents that we have a prepared response of this emergency and any other potential emergencies,” assured the superintendent.

First and foremost, Fernandez wanted to negate any anxiety parents might have for this upcoming school year.

“For parents, we understand that there’s going to be a heightened level of concern. Our concern on the department’s side is really trying to assist our parents with really trying to communicate with their kids and trying to provide the level of reassurance that they don’t have too much anxiety while coming into the classroom. That’s the kind of support that we’d like to provide to parents over the first few days of school,” he said.

Fernandez also wanted to reassure both parents and students that GDOE is doing everything they can to prepare for any eventuality.

“Number one: we are going to be ready to open on August 17. So, we have a lot of stakeholders, but especially students who are asking whether the start date is going to change because of the global political environment and we wanted to make sure that everyone shows up on the first day of school,” Fernandez said.

He added, “As the governor said yesterday, the threat level has remained the same as it’s been throughout the summer and throughout most normal situations. So, we’re business as usual. We’re in normal operations, we’re anticipating normal operations,” Fernandez explained.

Although he says the current threat is an unusual one, Fernandez says this doesn’t mean they’re aren’t prepared for it.

“A lot of what we’re doing with this particular threat is mostly a shelter-in-place situation. This is something that is well practiced and trained with [each school’s] faculty and staff,” he said.

A press release from GDOE says, “Student safety and supervision is a priority concern. GDOE school campuses are not open earlier than one hour prior to the start of school, with the exception of all elementary and middle schools whose gates will open at 7:15 a.m. for parent drop off only.”

In addition, Fernandez says stakeholders can be on the lookout for newsletters informing parents and guardians of any changes or information regarding the emergency preparedness plan.