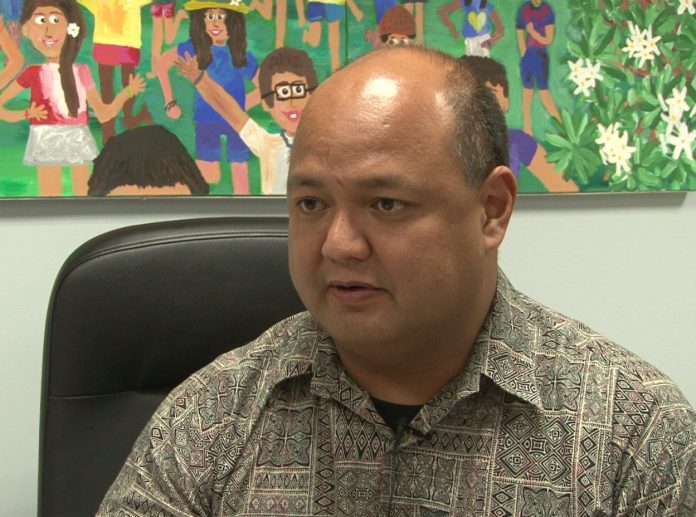 However to clarify the delays, Superintendent Jon Fernandez tells PNC that there are two primary reasons for the holdup in construction.

“The two major delay issues stem from number one, we’ve been waiting to hear back on the proposed amendment on the current lease agreement. And the amendment had to do with the warehouses that are on the site,” explains Fernandez.

In March or April of last year GDOE requested an amendment to the lease agreement, but ended up forgoing the amendment in order to proceed with the original plans for construction of warehouses.

“So, we just said look, we don’t wanna delay this any further,” he said.

“One of the water wells in the area went offline due to some concerns about potential contamination, it was taken offline as a precaution, but what happened in that instance is that the water pressure had gone down,” Fernandez added.

Fernandez says talks with the Guam Waterworks Authority may bring the water pressure can be restored within another months’ time.

Although the Superintendent clarified the two primary reasons for delay, he says it’s not for DOE to comment as to whether the lease agreement should be renegotiated.

“We’re not a party to the lease agreement meaning we didn’t sign or edit that lease so it’s really not our call to renegotiate. I’m certain if the governor sees (the renegotiation) as a benefit he certainly is authorized to do so with Core Tech,” said Fernandez.

But, if a renegotiation did take place, the Superintendent added that they wouldn’t be opposed to the idea of the new identified funds.

“I think if they did find funds or extra funds that would be made available we would love for it to be brought to the DOE to be able to invest in facilities like Simon Sanchez for sure,” he said.