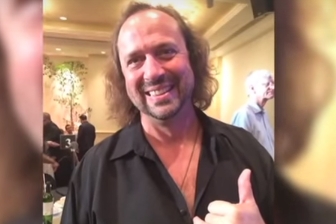 A Superior Court grand jury indicted a University of Guam professor for Criminal Sexual Conduct and Official Misconduct.
Guam – University of Guam Associate Professor of Psychology Michael Ehlert was indicted by a Superior Court grand jury.
According to court documents, the 54-year-old Ehlert digitally penetrated two of his students at an off-campus event on Halloween of the year 2014. One of the students was 23 years old at the time of the alleged incident and the other was 20 years old.
Ehlert was charged with two counts Third Degree Criminal Sexual Conduct as a 2nd Degree Felony, five counts Fourth Degree Criminal Sexual Conduct as a Misdemeanor, and three counts of Official Misconduct as a Misdemeanor.
Last year in February, UOG served Ehlert with adverse action after the university completed their investigation into the matter. UOG President Dr. Robert Underwood said Ehlert was suspended without pay for three months.
Underwood explains, “The University of Guam conducted an administrative investigation concerning violation of UOG policies. That was completed. We received the report and took action. At the same time, we realized there might be a criminal investigation. I confirmed that with the Chief of Police by late December.”
Ehlert is currently listed in the university’s spring schedule and was supposed to resume teaching this semester, but Underwood says because there’s still an ongoing criminal investigation, he will place Ehlert on administrative leave. Underwood says, “The terms of the administrative leave is that he not be allowed to teach and that he not have any contact with the students until the results of this investigation and since the indictment, the results of that indictment, until the results of the case is completed.”
Underwood says the UOG community should not be afraid to report any sort of harassment. He says, “Whenever anybody commits a violation of our policies, we take action. We’re very concerned about the safety and the security of students as well as their intellectual development. In this particular instance, we continue to behave very prudently. We’re keeping him away from students and we will await the decision of the court and we will pursue further action as warranted by any decision of the court.”
Ehlert was given a summon to appear in court on January 20th at 8:30 am. Underwood says Ehlert is expected to return to the island on January 19th.