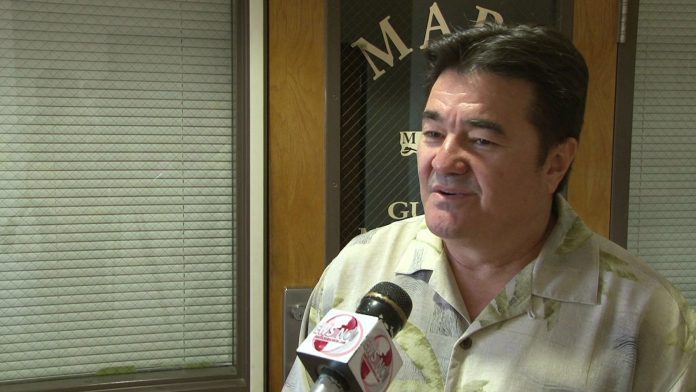 Guam – Supreme Court Associate Justice Robbert Torres is responding to an objection by Mark Torre Jr. to having the judge sit on the supreme court panel to oversee his appeal.

Torre was convicted of negligent homicide in the death of Police Officer Elbert Piolo in 2017 but before serving any time out of his 8 year prison sentence, he took his case to the Supreme Court of Guam in hopes of overturning the conviction.

In a motion filed earlier this month, Torre objected to having Justice Torres presiding over the matter alleging that Torres is a member of the fraternity Domino Lux, the same organization Elbert Piolo was a part of. But according to Justice Torres, the allegations for disqualification are baseless.

In his response, Justice Torres quickly shoots down Torre’s claim that the justice is a member of the DLX organization saying that the photographic evidence are of an event he was invited to but did not endorse.

“The two photos attached to Torre’s statement are of that single event. Aside from attending that one function, I have not participated in any DLX events, am not and have never been a member or officer of DLX, and have no other affiliation with DLX. I also did not know Piolo, the decedent-victim in this case, and I did not know he was a member of DLX. Moreover, my attendance at the annual DLX red carpet ball predated Piolo’s death by nearly a year,” Justice Torres says. “I believe that an objectively reasonable person who is well-informed of all the relevant facts in this case would not reasonably question my impartiality; thus, my disqualification is not warranted.”