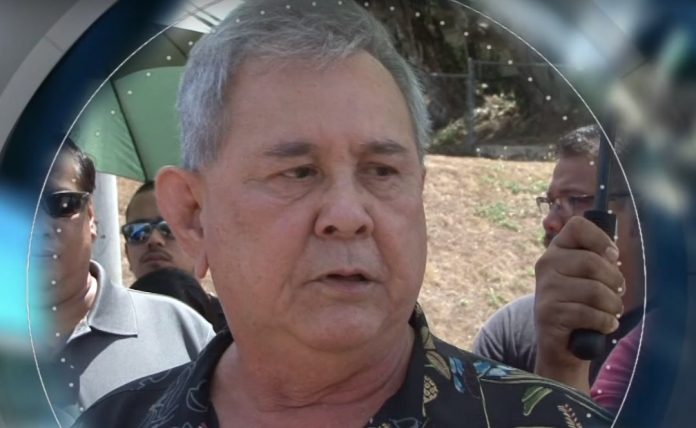 You can read the Supreme Court’s opinion by clicking on the file below.

Guam – Over in the Junior Larry Hillbroom case, a modest victory for Attorney Dave Lujan… the Supreme Court overturned a dismissal of the case in Superior Court, but also affirmed parts of the lower court’s decisions.

Attorney Lujan represented Hillbroom in the well known Larry Hillblom estate case after DHL owner Larry Hillblom died in a plane crash in 1995, leaving behind an estate worth hundreds of millions of dollars.

Lujan sued Junior Hillbroom and the trustee of the Junior HIllbroom’s trust, Keith Waibel, claiming, in part, that Waibel neglected to disclose the trust’s receipt of millions of dollars and thus failed to pay Lujan his share of the funds based on a retainer fee they had agreed to for representing Junior Hillbroom. The Superior Court however, dismissed Lujan’s case.

The higher courts, however, have reversed the lower court’s decision, calling it an error to dismiss the case in its entirety.

They sent the case back to Superior Court for further proceedings.

Read the press release from the Supreme Court:

FOR IMMEDIATE RELEASE – August 22, 2016 – Today, the Supreme Court of Guam issued an opinion authored by Chief Justice Robert J. Torres and joined by Associate Justice F. Philip Carbullido and Associate Justice Katherine A. Maraman, in the case of Lujan v. J.L.H. Trust, 2016 Guam 24, which affirmed and reversed various parts of the Superior Court’s dismissal of a case filed by David J. Lujan. Mr. Lujan brought multiple causes of action under tort and contract law against the Junior Larry Hillbroom Trust, its trustee Keith A. Waibel, and his agents. Following the Superior Court’s dismissal of his complaint under Rule 12(b)(6) of the Guam Rules of Civil Procedure (“GRCP”), Lujan appealed, alleging numerous errors.

The Supreme Court first clarified the proper standard for reviewing a GRCP 12(b)(6) motion to dismiss. After consideration, it then found that several of Lujan’s claims were impossible under Guam law, as a trust is not an entity independent of its trustee, and Lujan had identified no applicable fiduciary duty owed to him. The court also ruled it was error to completely dismiss the complaint and granted Lujan leave to amend a claim for intentional interference with contract. Importantly, the court rejected the notion of splitting a trustee’s actions into representative and personal capacities, but recognized that a trustee may be held personally liable for wrongful conduct.Accordingly, the Supreme Court affirmed and reversed various parts of the Superior Court’s ruling, remanding the matter for further proceedings.