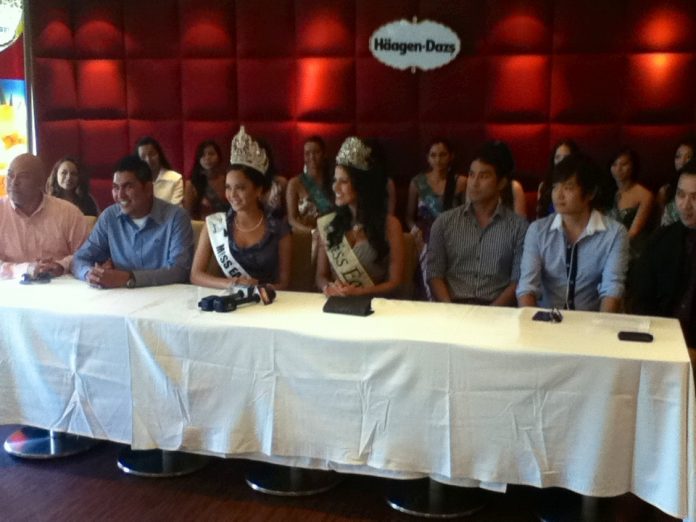 Guam- Some surprises are in store Tuesday night for the “Grand Coronation” of Miss Earth 2012.

At a press conference Monday at the Fiesta Hotel, National Pageant Director Frank Santos and Miss Earth Guam 2011, Anna Calvo, discussed the details of one of the largest beauty pageants in the world.

“There’s a lot of surprises tomorrow and it’s a show not to miss” said Santos. “Every year, we raise the level to make the show even better. So tomorrow, you’re going to really, really enjoy the show.”

Miss Earth 2011 Olga Vargas also flew in from Ecuador early this morning to help crown the winners and give advice to the 18 contestants vying for the coveted title.

In addition to the 3 runner-up titles, it was also revealed Miss Earth 2013 and Miss World Resort will be crowned. Native costumes have also been incorporated into the event. However, the people behind the title say Miss Earth is more than just a pageant.

“Being Miss Earth is to carry a message” said Vargas. “That message is like a power you have in your hands that make help things change… things for the environment and for future generations. It’s something really important.”

“Everything starts with education” remarked Calvo. “If you know how to do something, it’s a lot easier to share with others. And with Miss Earth Guam, this organization is all about promoting and protecting and preserving the environment.”

The coronation of Miss Earth Guam will be held tomorrow night at the Sheraton Laguna Resort. Doors open at 6 p.m. and the show starts at 7 p.m.. Tickets are $50 dollars per person.