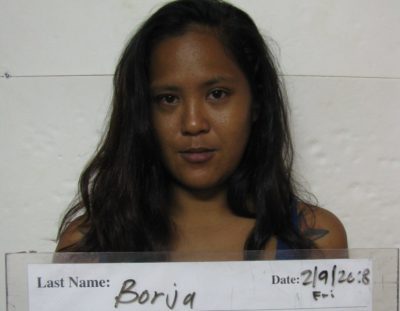 Guam – Arrests have been made in the robbery of a Mangilao Mom and Pops store.

Leinora Colani Borja and a male minor have been arrested in connection with a robbery that occurred at Jun Market on Thursday afternoon. According to GPD Spokesperson Sgt Paul Tapao, the incident was caught on camera and depicted a woman and two minors.

The footage was posted to social media in hopes of identifying the suspects. And it worked as the mother of one of the minors recognized her daughter in the video and brought her to the police station.

As a result police arrested Borja and the male minor on charges of robbery, disorderly conduct, criminal mischief, and conspiracy among other charges.