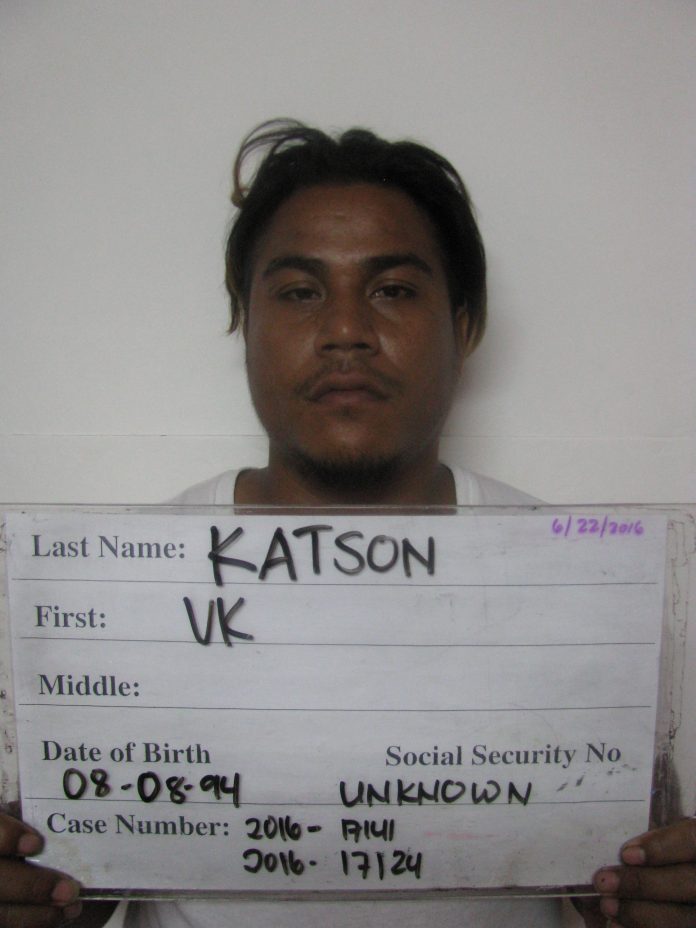 VK Katson was booked and confined.

Guam – The 21-year-old man accused of striking a police officer during an attack at the Hemlani Apartments in Harmon is being held on $2,000 cash bail.

VK Katson was charged with aggravated assault and assault on a police officer, both with special allegations of deadly weapon used in a felony. Katson was also charged with hindering apprehension and obstructing governmental functions, both as misdemeanors.

Police say Katson then grabbed a metal and plastic chair and struck one of the officers in the head.// According to the report, the police officer who was hit in the head suffered significant injuries which included a laceration to his head, contusions to his eyes and abrasions on his face.