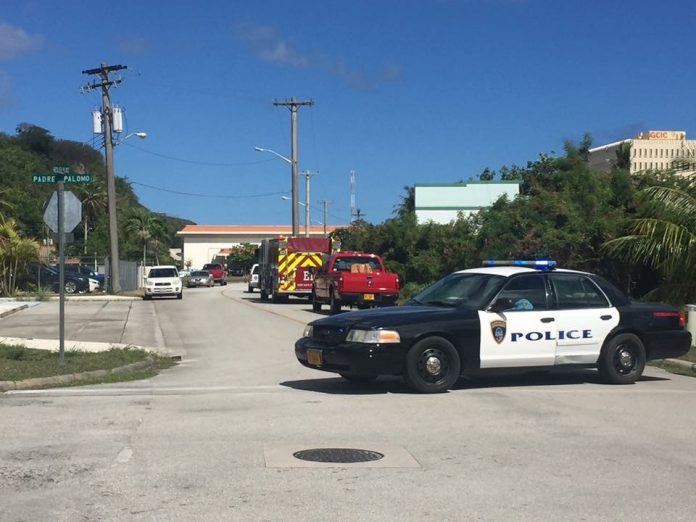 An employee of the Marianas Credit Bureau was opening the mail when she discovered a white powdery substance and called the police.

Guam – Hesler place road in Hagatna was closed off for a couple hours Weds. morning due to a reported suspicious package. After a thorough response and investigation the package turned out to contain meth.

According to Office of Guam Homeland Security(GHS) Spokeswoman Jenna Gaminde at around 9 a.m. the offices of Guam Homeland Security and Civil Defense received a report of a suspicious envelope found at the Marianas Credit Bureau(MCB) in Hagatna. According to GPD spokeswoman Capt. Kim Santos an employee was opening mail when she found a small plastic baggie containing a white powdery substance. As a precaution police evacuated the building and notified GHS, FBI, and the Guam Army National Guard Civil Support Team (CST).

Employees were evacuated and Hesler Place rd. between Julale and the legislature bldg. in Hagatna was closed. However at of 11:41am GHS reported that GFD hazmat and the 94th CST completed their assessment and employees of MCB were allowed back in to their office. Hesler Place rd. was reopened. The suspicious substance was tested and found to be methamphetamine. The case was turned over to the Criminal Investigations Section.