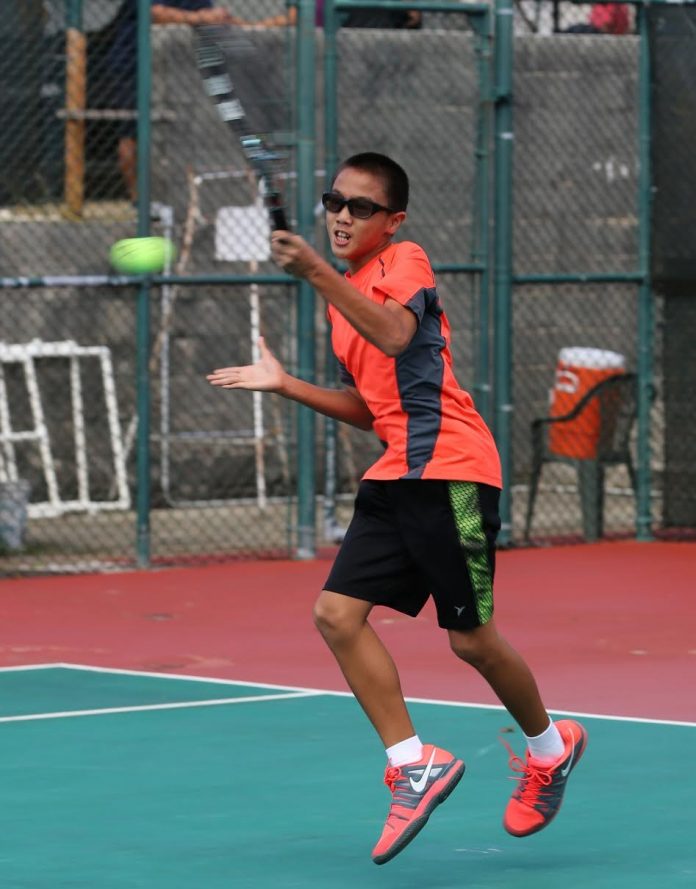 GIVING BACK TO THE COMMUNITY! The Tennis Academy of Guam is Guam’s first organized tennis instruction company that primarily caters to junior players and events. THEY & FD Tennis Club are providing a free-of-charge tennis clinic.

PRESS RELEASE – In conjunction with the Calvo’s SelectCare Tennis Grand Prix, Tennis Academy of Guam and the Father Duenas Memorial School tennis club will be providing a pair of  tennis clinics free-of-charge for novice players.

“The tennis clinics will be a great way for beginners and intermediate players to get some tennis training in to help in their development for the Calvo’s SelectCare tournament and future tournaments,” said Joshua Cepeda, a member of the FD tennis club. “Participants will learn tennis fundamentals from experienced coaches and players to develop better playing habits as they increase the level of their game.

“Tennis is a great sport for everyone. It’s never too late to learn how to play tennis and reap the benefits from playing the sport. Calvo’s SelectCare has been a staunch supporter of tennis in Guam – not only by sponsoring local and international tournaments in Guam, but also by providing opportunities for development, like through the upcoming tennis clinics,” Cepeda added.

The first of two clinics will be held Saturday beginning at 8 a.m. at the Sheraton Laguna Guam Resort for players 12 years old and below. Participants in the clinic will receive training from TAG coaches and FD Tennis Club members. Tournament action at the Sheraton will commence after the clinic at 9:30 a.m. with matches in the Girls 16-and-under, Co-Ed 12-and-under, Co-Ed 10-and-under, and the Men’s 45+ singles divisions at the Sheraton. Other matches in other divisions also will be held at the Rick Ninete Tennis Center in Hagåtña and the Hyatt Regency Guam tennis courts beginning Saturday.

The second of two clinics will be held Nov. 15 beginning at 8 a.m. at Sheraton for players 13 years old and above, including adults. Tournament play will begin after the tennis clinics.

For updated brackets from Week 1, schedules for Week 2, and other information about the Calvo’s SelectCare Tennis Grand Prix, visit the TAG Web site at www.tennisacademyguam.com or call tournament director Joe Cepeda at 988-7479.

To register for upcoming weeks of play, download an entry form from the TAG Web site. The deadline for Skilled and Aged Doubles divisions, scheduled for Nov. 14-16, is Friday at 5 p.m. The deadline to register for Skilled and Aged Mixed Doubles and Junior Doubles divisions, scheduled for Nov. 21-23, is Nov. 14 at 5 p.m.