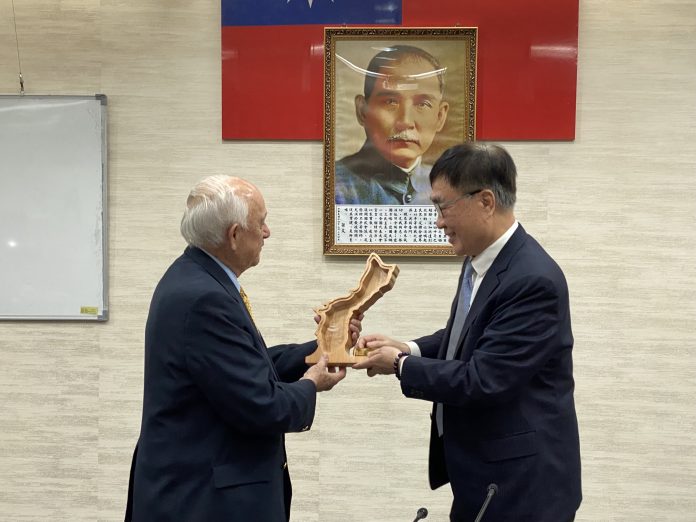 Following the 50th anniversary of the Taipei Sister City Agreement celebration, the Guam delegation team is now back on the island with promising reports of more cultural exchanges between Guam and Taiwan – as well as more economic and medical benefits for Guam.

The island of Guam is one of Taiwan’s major markets as the island provides a feel of the continental United States by just being a couple of hours away.

Taiwan shares many cultural similarities with Guam such has beetle nut chewing and even the language share a strong connection.

The Taipei City sister agreement which was first signed in January 12, 1973, furthers the relations and opportunities between Taiwan and Guam.

PNC sat down with the Guam Visitors Bureau’s Taiwan team to learn more about how the sister city agreement can give the island more opportunities.

Gabbie Franquez, Taiwan Marketing Manager says, “Having a sister city relationship with Taipei City allows for Guam and Taipei to have that deep connection, knowing that we are allies and we want to work together to boost the economy on both sides.”

Regina Bocatija, Taiwan Marketing Coordinator adds, “It’s great to see that the sister city can be a catalyst for them to promote the island and regain that direct air service.”

Taiwan Marketing Manager Elaine Pangelinan says, “Such as cargo, the importation of fruits and vegetables. The importation of electronic equipment because that is big in Taiwan. That is, I believe their main export.”

Not only can exports be a benefit, but cultural exchange, education, and medical tourism.

Medical tourism, such as how residents travel to the Philippines or the United States to avail additional medical care can also be done with Taiwan.

In addition to those benefits, the island will soon be seeing many travelers from Taiwan as they celebrate Chinese New Year on the island.

“The GVB team as well as our office in Taiwan, we’ve been working hard and closely with our travel agent partners in market. We are happy to announce that we will be having four charter flights for the Chinese New Year holiday. So what this means, is the charter flights will bring passengers directly from Taiwan to Guam,” says Franquez.

As more travelers choose Guam as their destination of choice, GVB would like the island residents to extend their Hafa Adai spirit and kindness to the visitors that travel to Guam.