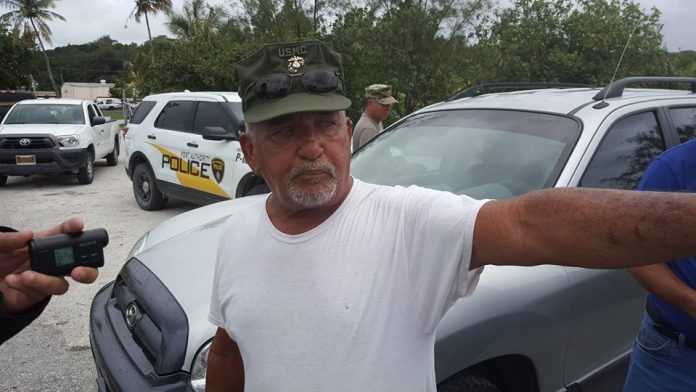 Taitano: half-ton catch rots before it’s off the dock

Guam – “Johnny Atulai’s” catch was confiscated by Port Police at the Hagåtña Marina on Thursday, allegedly because he and his crew were fishing in restricted waters in the vicinity of the Hagåtña Boat Basin.

“Johnny Atulai”, whose real name is Johnny Garrido Taitano, is no stranger to questionable piscary practices. He told PNC he’s been arrested 38 times in his 67-year career as a Guam fisherman. Taitano said he doesn’t blame the officers for doing their job, but that he sure wishes they’d saved the fish before letting it spoil.

Taitano also heartily disagrees that he shouldn’t be fishing near the Boat Basin, and said it isn’t fair that fishing rules have become increasingly restrictive on local fishermen.

The piscator said he and his fellow trawlers caught a thousand pounds of fish and that the half ton was already perishing while law enforcers were retrieving it from his net. According to Johnny, by the time police were raking the catch, he’d have already had it on ice.