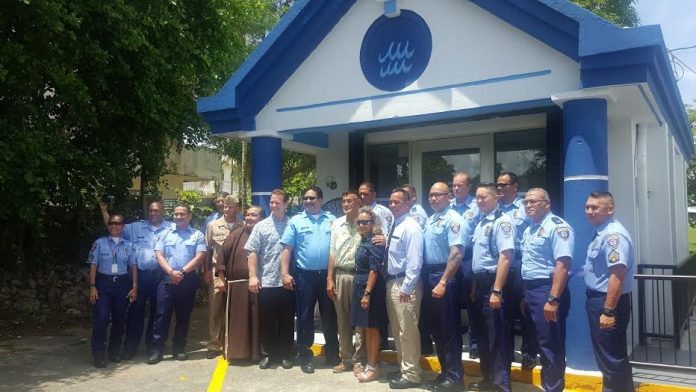 GPD Chief JI Cruz says this is just one of the many upcoming projects for the department.

Guam – After 22 years of inactivity, the Talofofo Koban is back up and running.

Thanks to donations from the community, the koban in the south eastern part of the island is now in operation. Lieutenant Governor Ray Tenorio says along with the Guam Police Department and the various Mayor’s Offices, this koban helps their efforts in expanding the neighborhood watch and neighborhood patrol programs. Talofofo Mayor Vicente Taitague is grateful and explains that the Talofofo koban was no cost to the government because it was the community who donated the resources needed.

Taitague says, “This expansion service of the Southern precinct will really enhance police service. There will be more visibility and a major turn to illegal activities. Let’s continue to work together to make our island safer.”

GPD Chief JI Cruz explains, “Like the mayor said, 22 years of inactivity in the village of Talofofo. Now, we have a koban that will be…a police officer will be coming to this koban on a daily basis. As police officers patrol down the south eastern part of the island, they’ll have a koban they can go to to write reports, to talk to the community, to interview people in the community and be a presence.”
Cruz says this is just one of the many upcoming projects for the department. He says they’re working with GHURA to obtain property for a new precinct in southern Guam.