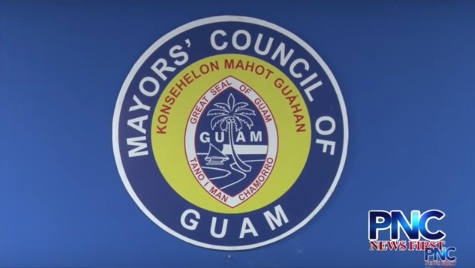 Agana Heights Mayor and Mayors Council President Paul McDonald says there is zero chance of the liberation carnival being held in Tiyan next year.

Guam – Some residents and Mayors have voiced their concern over a plan to move this years liberation carnival to Oka point…the plan was approved at a mayors council meeting yesterday (Wednesday).

Agana Heights Mayor and Mayors Council President Paul McDonald says there is  zero chance of the liberation carnival being held in Tiyan next year. However some disagree with the mayors expected destination, mainly Tony Charfauros, a member of the Tamuning Municipal Planning Committee who said they have already rejected this idea when it was just a rumor…

“Some of the concerns at the MPC meetings at that time was that place was not the right place to have a carnival because of the parking facility, the neighborhood, another thing they were concerned about is that if they wanted something like that done, why didn’t they call a public hearing so that the residents can voice their concerns about it. Those were some of the concerns brought up to the MPC members, so we took a vote and the idea was rejected at that time. So we thought that was the end of that,” said Charfauros.

But Mayor McDonald doesn’t see a need to for a public hearing and he says parking won’t be an issue.

“No that’s not required, it’s just to get permission from the agencies but again there’s no parking issue, we don’t foresee parking issues because we have ample parking once we clean up Oka point inside,” said McDonald.

McDonald says there were 120 vendors, when the carnival moved to Tiyan. Since that number has dropped to 60. McDonald says the infrastructure at Tiyan is temporary and can move.

“The facilities that are there are temporary so we can move it and bring it up to wherever the site is going to be,” said McDonald.

So the mayor’s council plans to physically transfer temporary buildings from Tiyan into Oka Point for a 2-3 month period, where they will again have to move the infrastructure back to the next spot. Another issue with the infrastructure at Tiyan is the electricity and sewage. McDonald says GPA charges them $55,000 each year to connect and disconnect power lines. McDonald said that GPA used to leave power lines at Tiyan, but people stole them, so they have to re-line the carnival every year. He also says that it costs $10,000 every week to drain sewage from the park to the sewer, something that won’t be an issue when the carnival leaves Tiyan.