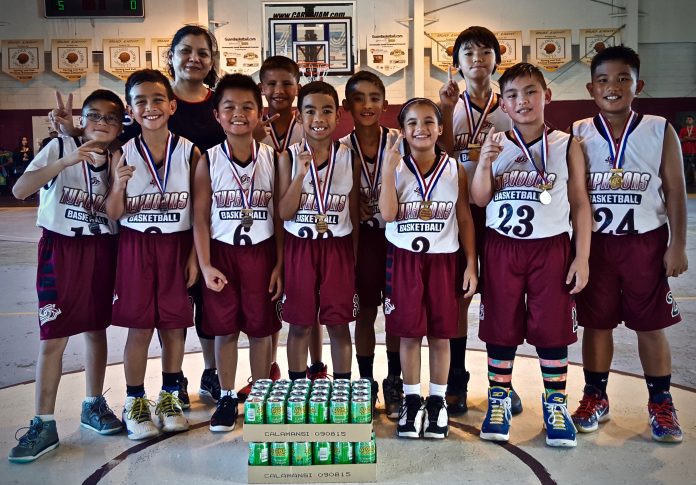 The first official day of practice begins Friday at Tamuning Gym for new and returning club members. After a three month break the Typhoons are ready and eager to begin preparing for another exciting season.

TAMUNING –  The Tamuning Typhoons Basketball Club is now in condition of readiness and celebrating its 12th year for its 2016 season!

“The Typhoons club has supported and promoted the sport of basketball since 2005 to the present with youths and adults on Guam,” stated club manager Elsa Ulloa. She adds that the continuity and success of the club over the past 12 years is contributed to the support of the parents, commitment of its members, volunteer coaches and the Office of Mayor for Tamuning-Tumon-Harmon. Typhoon season membership is April to December that include a club t-shirt, weekly training session and participation in the annual SummerJam and Thanksgiving HoopFest Youth Basketball Tournaments at Tamuning Gym.

This year the traveling team will be competing in Manila hosted by KidzHoops in Manila July 18 to 25.

Club practice sessions are held on Wednesday and Fridays for the following age groups:

Membership dues for new applicants $150 and renewals are $125 per member.  New members must provide a copy of birth certificate or passport at registration time.  Reversible uniform cost is $50.  Fittings and orders will be taken at the time of registration.