“You can see everyone’s excited and they should be. We’ve been here nine months and have been a very, very busy battalion,” said Maj. Rickey M. Flores, Task Force Guam executive officer who’s leading the first group out of the country. “There’s still a lot that needs to be done before we finally make our way to Guam. But right now, this is an important day. We’re starting to come home. We’ll be with our families very soon.”

Guam occupied various locations in Afghanistan and its exodus will take place at multiple terminals. In stages, Guam soldiers will unite at an American base in Europe before flying to Camp Shelby, Miss., for medical and administrative out-processing.

“They’re our new best friends,” Lt. Col. Michael Tougher, Task Force Guam commander, said about the 508th. “We’re providing as much information on how we operated as a Task Force so they can plan their operations. Every aspect, from our platoon sergeants to company commanders to special staff, is actively engaged in this transition.” 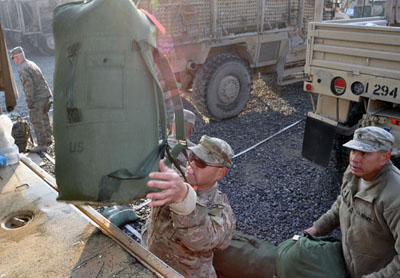 The 508th will operate as Task Force 2-Fury, says Maj. Mike J. McDermott, executive officer. McDermott is part of an advanced team that arrived early December to start the transition.

“Task Force Guam is squared away,” McDermott said. “We’ve been looking at their [standard operating procedures] and checking what needs to be changed. Honestly, we couldn’t think of anything. That says a lot about the Guam National Guard.”

This is the first time the 508th will replace a National Guard unit, McDermott explained. Unlike the 294th’s strength of nearly 600 soldiers, Task Force 2-Fury will operate with about 400 troops and still show presence in the International Security Assistance Force’s six regional commands, just like Guam.

“This is a totally different mission than what we’ve previously done,” said McDermott. “But we’re a very experienced battalion.” 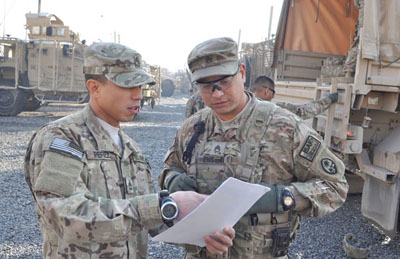 When Guam officially concludes OEF, it will have amassed more than 10,000 missions in roles such as personal security, guardian angels and security forces, Flores stated. Other responsibilities include perimeter security and entry control point missions, and all served a critical point in the NATO Training Mission-Afghanistan and Combined Security Transition Command-Afghanistan’s overall goal to support Afghanistan’s national security.

“Everyone was committed to duty despite the dangers that existed,” Flores stated. “Soldiers were still willing to put their lives on the line for the greater good.”