The battalion operates in Afghanistan as Task Force Guam and works as part of the NATO Training Mission-Afghanistan, an international coalition tasked with assisting the Government of the Islamic Republic of Afghanistan in developing accountable, Afghan-led Security Forces.

[Sgt. Wade Williams of Foxtrot Company of Task Force Guam maintains a lookout during a Guardian Angel mission in Kandahar Province while deployed to Afghanistan June 2013.]

“Soldiers of the 1-294th Infantry Regiment are making an impressive contribution to the overall effort of the NATO Training Mission-Afghanistan. I am extremely proud of each and every one of them,” Tougher said.

The unit’s recent accomplishments mark a significant milestone in the battalion’s short but proud history. Although faced with significant and daunting challenges early on, Task Force Guam has continued to demonstrate its island pride and commitment each day, according to battalion spokesman CPT Gordon Guerrero.

Task Force Guam is organized into seven companies with the majority of missions focused on “outside the wire” activities. The tally of missions throughout the battalion since the beginning of May is more than 2,000 with a single company conducting more than 800 of those missions. 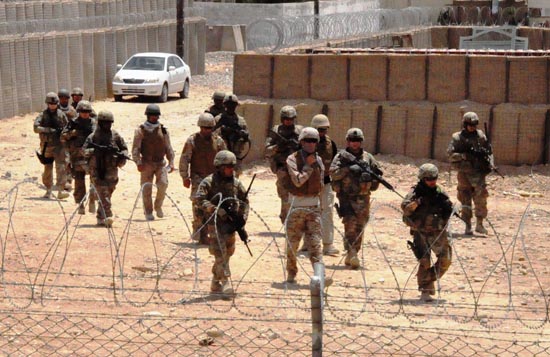 [Soldiers of 1st Platoon, Bravo Company of the 1st Battalion, 294th IN REGT or Task Force Guam as they are known in theater, conduct a Personal Security Detachment mission at Main Operating Base (MOB) Lash in the Lashkar Gah District of Helmond Province in Afghanistan May 2013.]

The remaining companies carry a fair share of the load as well. Overall, Task Force Guam has already driven more than 25,000 miles and spent approximately 8,000 hours on mission.

Task Force Guam Command Sgt. Maj. Melchor Hennegan said he was amazed at the number of missions the Soldiers of the Chamorri battalion have racked up.

“We’re focused. Soldiers are going beyond expectations and their initiatives are at a high level,” said Hennegan. “I travel to all regional support commands and I’m constantly told about how well the Guam battalion operates. I see Soldiers in every level doing the right thing, being mission focused. I expect them to perform at a top level, but they’re taking it to an even higher level in a short time.”

“Despite the difficult challenges with the loss of two warriors, we’re still a strong, professional organization. From top to bottom, we’re focused on what’s ahead,” he added. 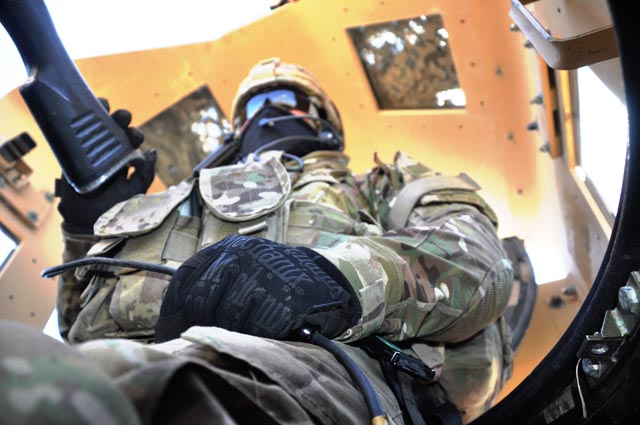 [A Task Force Guam Soldier of the 1-294th Infantry Regiment deployed to Afghanistan, scans the area in his sector as his convoy makes its way through the crowded streets of downtown Kabul during their deployment June 2013.]

The battalion was first constituted on Oct. 1, 1987, in the Guam Army National Guard as the 294th Infantry Regiment under the United States Regimental System.  The battalion has answered the call in support of Operation Enduring Freedom (OEF) from 2004 through present and has mobilized to the Horn of Africa, Afghanistan and the Philippines.

The Guam Army National Guard has supported overseas contingency operations with individuals, squads and companies, but its recent deployment marks the largest mobilization of Guam Guardsmen to date. 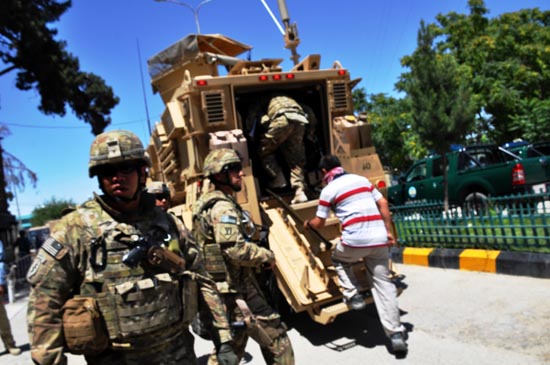 [First Lt. Peter Guerrero, Alpha Company Commander, keeps a watchful eye as passengers of his convoy return to the vehicle after a meeting in Mazar-i-Sharif in northern Afghanistan while on deployment as part of Task Force Guam May 2013.]

4.5 magnitude earthquake west of Merizo; no injuries, damage or tsunami...