Guam – Soldiers of the Guam Army National Guard’s Task Force Guam, who recently returned from a nine-month deployment, were recognized for outstanding service in support of Operation Enduring Freedom Afghanistan.

The goal of the Army awards program is to foster mission accomplishment by recognizing excellence and motivating Soldiers to high levels of performance and service.  They were presented by Lt. Col. Michael A. Tougher, Commander, 1st Battalion, 294th Infantry Regiment, who thanked each Soldier for their service and commitment.

Four-Hundred Sixty-Eight (468) Army Commendation Medals were awarded to those Soldiers who distinguished themselves by heroism, meritorious achievement or meritorious service.

The Bronze Star Medal is the fourth-highest individual military award and the ninth-highest by order of precedence overall in the U.S. Military.  Fifty-Nine (59) Bronze Star Medals were awarded for acts of heroism, acts of merit, or meritorious service in a combat zone. 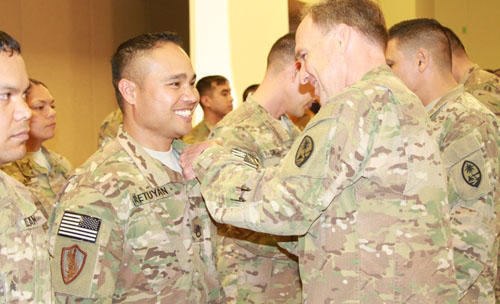 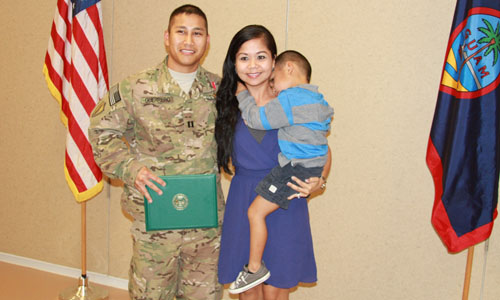 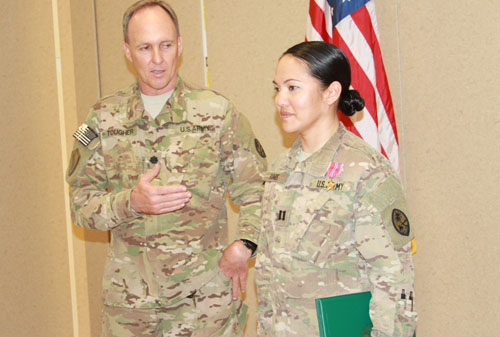 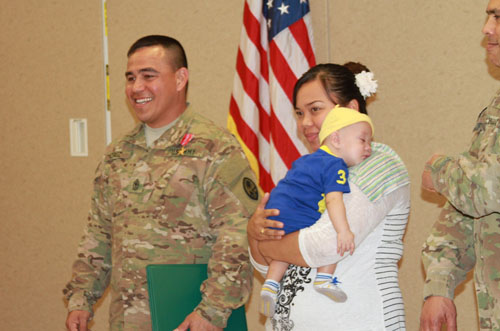