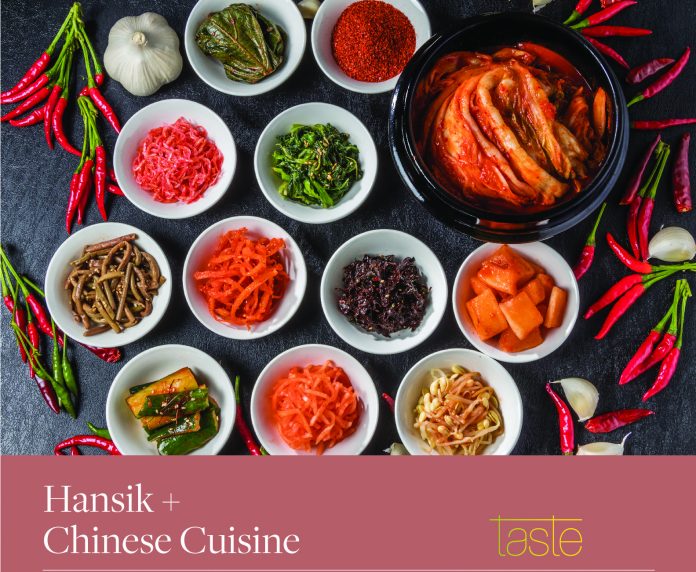 Guam – Get your Korean craving fix this week only at Taste at the Westin. Taste of Hansik is back and this year you’ll get to eat like a king–literally! Hansik is featuring dishes that were once made for Korean royalty.

The ever-popular Taste of Hansik is back at the Westin and this year they’ve got some new things in store for us. First, Taste Restaurant is bringing in specialty chefs not just from Korea but also from China.

“Last year we did feature a small Korean section during our [Chinese] promotion and it was such a hit that we wanted to bring it back. Again, a lot of people were asking if there was gonna be a Korean section to the Chinese promotion that we were doing so we decided to contact our affiliate hotels and see if can combine the Korean and the Chinese together,” explains Taste Executive Chef Sean Jung.

Taste of Hansik is happening this week only and every day will be a little different.

“There will be a rotation of Chinese dishes but there’s one dish that we really wanted to feature, is like a seafood stew, chop suey, that you pour over a fried puffed rice,” he says.

Authentic Korean and Chinese cuisine rolled into one delectable buffet spread. Sign us up! But it gets even better. Some of the dishes being served will have you feeling like Korean royalty.

“Of course, we have the local favorites, the kalbi, the barbecued meats, and also we wanted to serve something that the kings used to have back in the days during the dynasty style, during that time they had a lot of vegetables, a lot of meats and the royal court chefs used to cook very delicate dishes for the king–detailed for the health, detailed in how they serve and cut the meats. So we have a dish which is called beef nubiani which we will be serving on Wednesday. That’s probably the predecessor to kalbi,” explains Chef Jung.