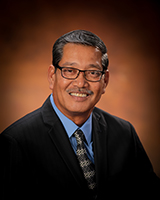 “You can’t go after taxes in the form of adding more taxes!”

San Agustin told Newstalk K57 radio personality Phill Leon Guerrero on Tuesday afternoon that even if the new sales tax repeal bill fails to make the Committee on Rules this week, then San Agustin himself will move to include the new version of the bill on next week’s legislative session agenda.

Failing the permanency of the sales tax, it’s unclear whether the Calvo Administration will be forced to declare a state of emergency at Guam Memorial Hospital. Pacific News Center waited from Tuesday morning through the PNC News First Tuesday evening telecast to hear back from Adelup, and PNC is still waiting.

The thick of it

“Now, I can already hear the kneejerk reaction to this that’s saying, ‘now wait a minute—so basically, you are foregoing a new tax simply because you’re continuing the old tax,” Leon Guerrero said.

“And I think something that is driving this policy proposal from you is something everyone is also harping about, and that is: ‘don’t try to fool us into thinking that benevolent small businesses are going to reduce their prices just ‘cause it’s the right thing to do before we tack on a two percent sales tax, just because the BPT increase sun-setted out.’”

“That’s correct,” San Agustin said. “I was talking to business owners and…they’re claiming it’s not only because of the BPT. But, you know, my colleagues have stated, based on a [similar] occasion that…in the past when the GRT [gross receipts tax] was based on four to six [percent], and then when they reduced them to four, did the prices go down? No! The prices went up instantly…and I didn’t see that going down!

“So to avoid the impression that everybody seems to be getting—is that they’re gonna be double-taxed—with the sales tax. You know, you got a four percent [GRT], you add a two [percent sales tax], and that means you’re at six percent.

“But, you know what? Today the government has been hiring more folks, they’ve been doing a lot of spending, and we’re supposed to be broke. So now we’re beginning to have enough money. It’s quite evident, there is enough money. And it’s a matter of the reorganization of the right sizing of the government, the [proper] management, and then they’re talkin’ about ‘GMH needs money! GMH needs money!’ Well, there was money!”

Asked whether he foresees any members of the sales tax repeal coalition rescinding their support for the rollback because of what Gov. Calvo might characterize as the new BPT “poison pill,” San Agustin said the discussion inspiring proposed amendments is nothing new.

“Well, I look at it this way, number one, when they did the public hearing, there was discussion germane that we lift the sunset [on the BPT increase], and folks [in support of]repealing the sales tax is one. There were folks that were supporting the lifting the sunset and keeping the five percent. So it’s within the committee to make the appropriate amendments and submit it to the COR [Committee on Rules],” San Agustin said.

“Now, at the same token, there are folks that are saying they oughtta consider maybe increasing the BPT. I’m here to tell you right now, Phill, I’m in support of repealing the sales tax.”

But apparently all cards are on the table. San Agustin went so far as to suggest that yet another amendment is being considered to reduce the BPT. Be that as it may, San Agustin indicated that the thrust of forthcoming amendments will focus on retaining a five percent business privilege tax.

“And there’s no proof of how much we’re short, other than GMH—it needs money, DOE needs money to get Simon Sanchez [High School] built,” San Nicolas said. “So, let’s [repeal] the sales tax, again, and let’s just work with the five percent, and if they need money for GMH, then take it from that one percent that was added to the BPT.”

Leon Guerrero asked the senator to explain how keeping the five percent BPT rate in place is going to make up for a $120-to-$160 million budgetary shortfall projected for next fiscal year, purportedly due to the treasury-cratering effects of the Trump Tax Cuts.

“Let’s talk next steps, Senator. The five percent BPT—that one percentage increase on what’s already been allocated and reserved for bond payments—that one percentage point is not going to come to $120 or $160 million in a fiscal year,” Leon Guerrero said. “How are you thinking we are going to bridge the gap, come next year, in the shortfall blamed on the Trump Tax Cuts is going to be even larger than it was this year [at a projected $67 million FY18 deficit]?”

“Well, you know, I look at it this way, Phill,” San Agustin said. “We’ve got an election going on. There’s going to be a new governor. Maybe the current lieutenant governor may be governor, or one of the Democrats will be the governor. Everybody’s saying that we need to increase collection in taxes. That’s gonna offset. And then there’ll be some stabilities. And then there’s the [military] buildup going on, the construction boom is gonna start happening…there’s a lot of events that are happening that we have to just bank on that’s gonna keep us all together. You know, you can’t go after taxes in the form of adding more taxes!”

San Agustin said an attempt will also be made to repeal the recent liquid fuel tax that increased the price per gallon for motorists gassing up at local filling stations.