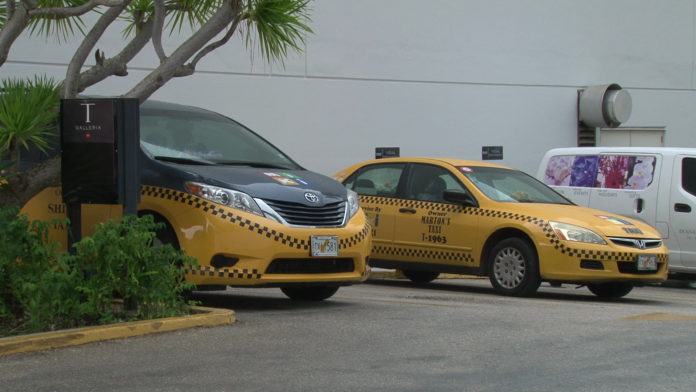 Guam – At least one local taxi company is airing concerns that not all 12 taxi operators doing business at the airport are following new airport policies, causing some of them to lose business while others benefit.

Miki Taxi Owner Im Hong Soon says his company and many others followed the airport’s rules imposed last month. But he knows of at least one company that’s not following those same rules.

“So this is already effective and they call all the companies. But we have a daily report … all the other companies are following, but look at this company,” said Im as he pointed to a log sheet documenting the number of trips each taxi company makes at the airport. “We got yesterday morning, 7 trips; they have 77 trips.”

Mr. Im says before the airport authority’s new rules, Miki Taxi was averaging 30 to 40 trips at the airport. Now they average 10 trips a day.

“That means [our] company is following airport authority new effective rules. So we follow it, we lose money because of one company is not following,” he said.

Not only is Miki Taxi and other taxi operators losing money because of the new system, Mr. Im says he’s now losing customers too. He’s had to cancel dozens of reservations that were booked weeks ahead of time because of the stricter policy.

“Only the lose money may be fine for me because already I lost money but if I lost my customer do you think they’re gonna come back to me? It’s the invisible big damage,” Im noted before suggesting what some customers may be saying about Miki Taxi now that they’ve canceled numerous reservations, “‘No, don’t send the email, don’t call those people because they reject it!'”

But the need to impose stricter rules is understandable, says Im. It helps control a system that is known to get out of hand in many popular tourist destinations. A taxi is often the first impression a tourist will have on the destination they’re visiting. So quality service is imperative.

But the taxi owner says all he wants is a fair playing field. If rules are to be imposed, everyone should be made to follow it. If a standard is to be set, all taxi operators should abide by it.

“Many dispatchers from the 12 companies is not lining up … and sometimes [they say] I wanna go to Kmart. The taxi driver just disregard it because short distance is not making money,” explained Im of some of the horror stories he’s heard about other taxi operators.  “And sometimes overcharging. That’s the number one concern.”

The Airport Authority released a new letter yesterday to taxi operators warning that they are moving forward with the policy.