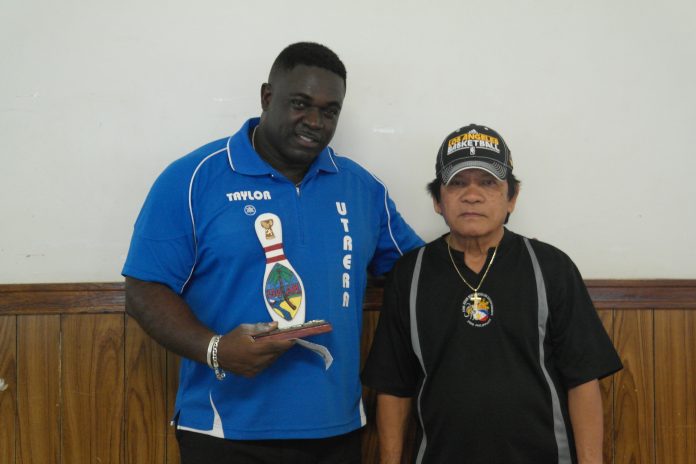 Tamuning, Guam- Newcomer Howard Taylor made good on promise to himself by winning the March Guam Senior Bowler of the Month title. Only being on Guam within the last year, Taylor’s perseverance playing in the local leagues paid off with a finals win over veteran Roger Mejares 240 (+15 handicap) to 189 (+30 handicap).

The semifinals resulted in Taylor stopping Taimanglo in the first bracket. Mejares also took care of business by stopping Mafnas and setting up the finals showdown with Taylor.

The next senior monthly bowling tournament will be April 28th at 11AM at Central Lanes. This handicapped senior bowling event is open to all bowlers aged 50 and above or will be 50 by December 31st of this year.