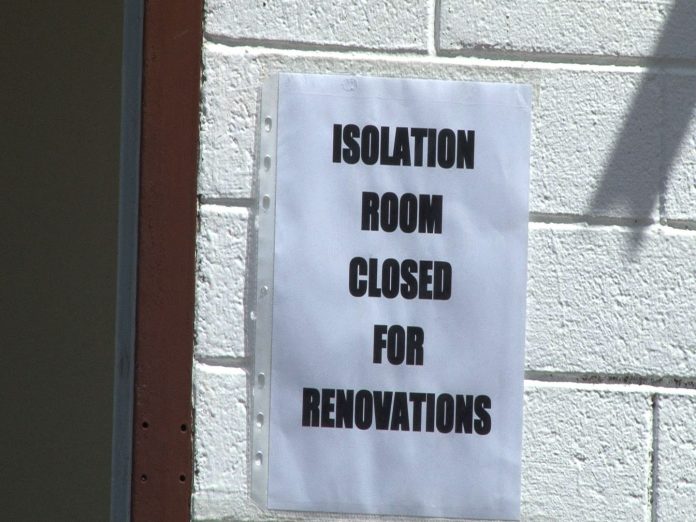 Guam – With the isolation room at the Department of Public Health in Mangilao down for renovations, public health staff are now forced to treat tuberculosis patients in a makeshift room under a tent outside of the public health building.

PNC visited the area where we observed patients with TB being treated with medications which is right next to a mechanical room. A canopy was placed over the walls to protect from the sun, but otherwise, there are no doors and no signs, only a couple desks and a bench for a waiting area.

We spoke with some of the patients who were receiving treatment there and they told us off camera that they are being treated for tuberculosis but that that they are not active.

The isolation room inside public health is currently closed for renovations. Public Health Director James Gillan says they’ve already identified a place to relocate the isolation room and hope to have it up and running soon.

He says Public Health had to close the isolation room because it was too small and did not meet the requirements for an isolation room.