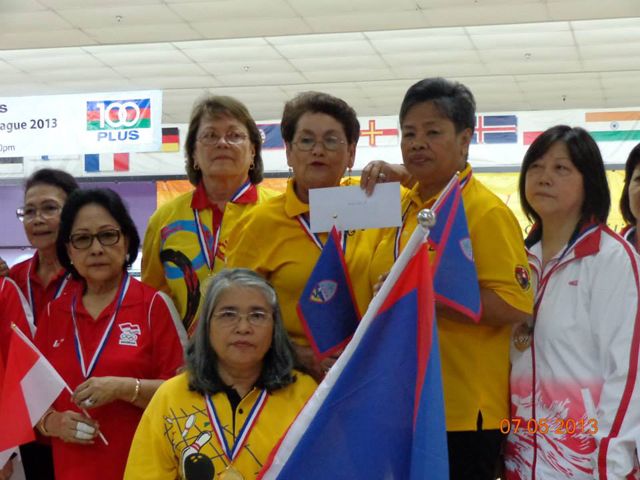 Malaysia – Senior Team Guam participated in the Maylasia 2013 International Senior Classic on July 1 to 5 at Sunway Megalanes. This was the second year Guam was invited to play and the Guam women struck gold on the team event.

In the end the Guam team of Felice Meeks, Maria Pangelinan, Terry Roberto, and Patricia Roberto used their consistent team scoring plus their handicaps to hold off a hard charging Singapore team led by Jenny Oon with a 204 average to take the gold medal.

Fourteen women’s teams were in contention in this team contest. They were host Malaysia, Guam, Singapore, China, Australia, Taiwan , and Indonesia.