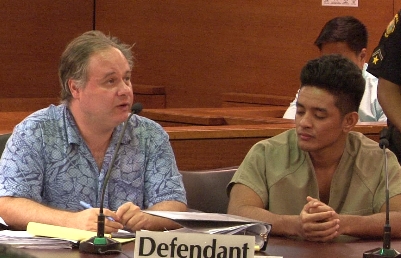 Guam – Alleged rapist Derrick Techur’s trial isn’t over yet, but in a motion hearing yesterday, he attempted to discredit testimonies from the victims who claim that he raped them.

Techur is accused of sexually assaulting three minor girls in a single night. Representing him is Atty. William Pole.

One motion presented to the court was to question the alleged victims on past conduct. Court documents state that the defense attempted to question whether one of the victims had ever used drugs.

Judge Anita Sukola denied all motions and advised that the jury hear the full matter to weigh the evidence. Day 10 of Techur’s trial is scheduled for November 30 at 8:30 a.m.