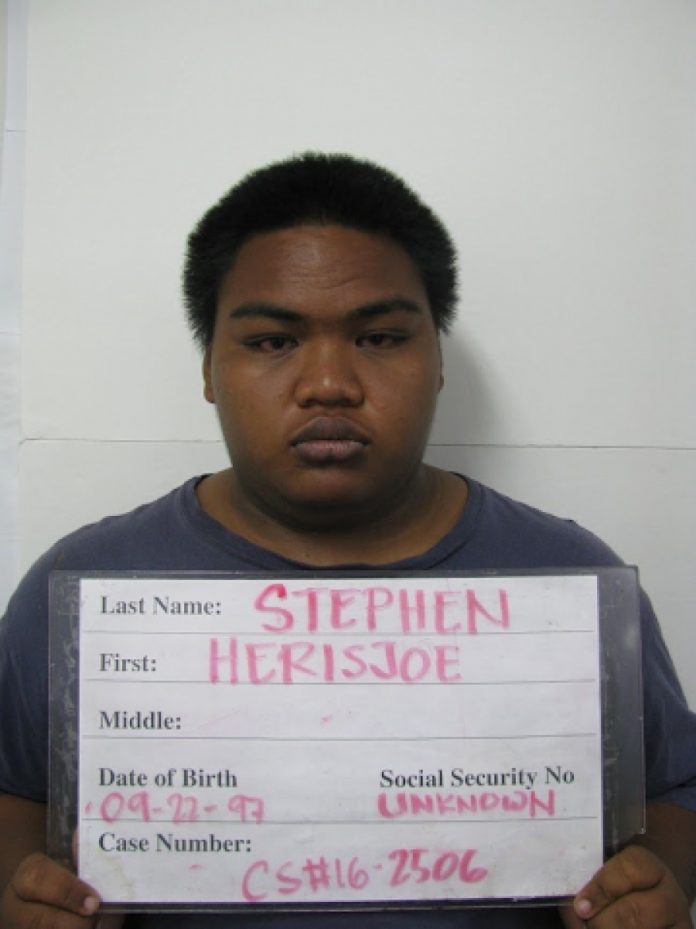 The 18-year-old student was charged with a third degree felony and two misdemeanors.

Guam – Another student who was arrested for foiled bomb threat at Southern High School could face up to 7 years in prison after he was charged with a third degree felony and two misdemeanors.

HerisJoe Stephen, 18, was arrested on Tuesday after he was caught by his teacher writing a bomb threat on a piece of paper.

According to a magistrate complaint, Stephen was dared by another student to write the bomb threat then leave it in the classroom when they get dismissed. Police say Stephen attempted to throw the note away when his teacher questioned him about it.

When police later interviewed Stephen, he admitted to writing the bomb threat note but that it was all just a joke.