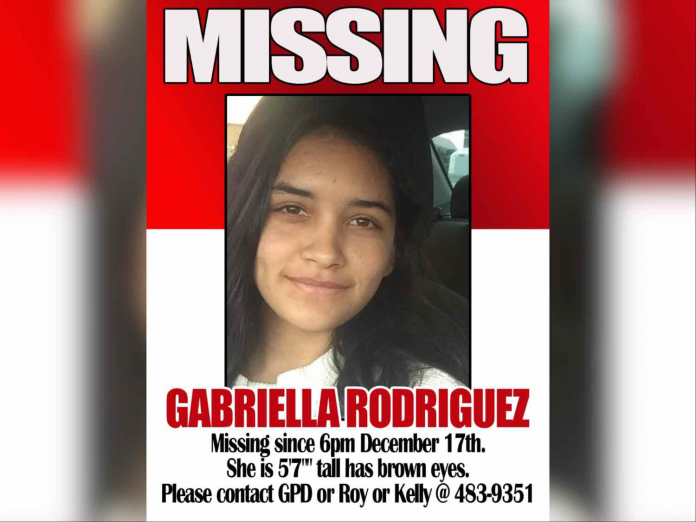 Guam – Missing for over 12 hours, a 15-year-old girls is re-united with her parents. But the circumstances surrounding why the teenager up and left is still in question.

Gabriella Rodriguez gave her family quite a scare after her parents arrived home last night around 7 p.m. to discover that she was gone. While she is now home safe and sound, her mother Kelly Rodriguez called into News Talk K57’s Mornings with Patti show to share a little about the terrifying experience.

“I can finally breathe a sigh of relief she is home,” said Kelly who held off interrogating her daughter until police arrived.

This morning her mother had few details, but did share how she discovered her missing.

“She is looking a little sad right now so I am assuming she made the decision … to leave while we were gone,” Kelly shared, noting that she and her husband were out running errands between 6 p.m. to 7 p.m. “She told me she wasn’t feeling well and was going to go to bed and when I got home she wasn’t in bed and so that kinda kicked off the panic a little bit and we filed the missing persons report at GPD and they were awesome they really helped keep us calm.”

Kelly says leaving the house without notifying anyone is out of character for Gabriella, adding that her daughter is a straight A student and never gave her parents any problems. When Gabriella left she didn’t take any of her belongings and did not answer her cell phone causing her parents to fear the worst that she could have been kidnapped.

While news of Gabriella’s disappearance was widely shared on social media, the Guam Police Department did not issue any statements about the missing persons case.