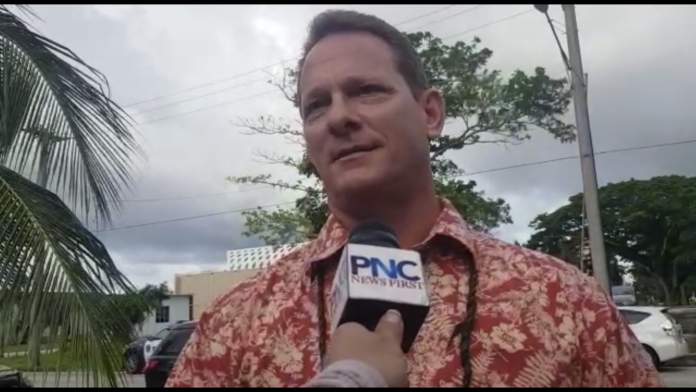 The lt. governor, who is actively running for governor of Guam, was flanked by his legal counsel Attorney Tom Fisher as he walked into the Agana Precinct to have his fingerprints processed. He had already done that at the Guam Police Department offices inside the ITC Building last week, but apparently, that was not part of the protocol.

Fisher explains that Tenorio was required to have his fingerprints processed digitally which is why he was back at GPD’s Agana Precinct for a second processing.

“I never imagined this intention, which was well intended to try to help protect the officer and the public, blown out of proportion to this extent,” says Tenorio.

“Not to mention the Attorney General has brought this charge right in the middle of a general election–wouldn’t have happened anywhere else. Mind boggling it has the appearance of trying to put your thumb on scales,” adds Fisher.