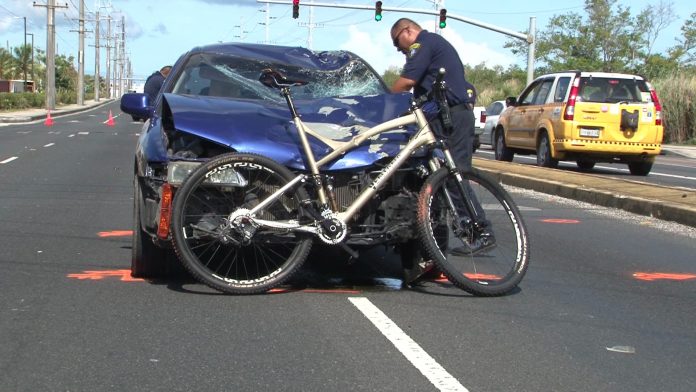 Guam – The cyclist who was struck by a car while walking his bicycle along a crosswalk in Dededo on June 2 has died.

Bell was reportedly crossing a crosswalk near the Micronesia Mall on Route 1 when a Honda Accord struck him.

Bell was rushed to GRMC and was placed on life support.

Santos says no arrests have been made but an investigation remains open.