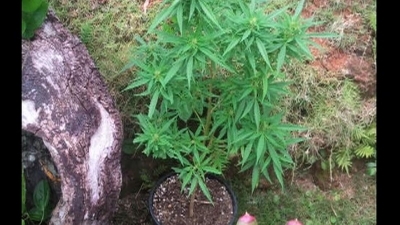 The Attorney General’s Office says they are thoroughly reviewing Public Health’s revised draft of the rules and regulation for Guam’s Medical Marijuana. AG Barrett-Anderson says it could take until the end of the year for completion.

Guam – There is still some confusion about whether or not the deadline to adopt the rules and regulation for medical marijuana has come and gone. According to public health, it seems to come down to the interpretation of the word “promulgate.”

What is the deadline for the rules and regulations for medical marijuana? It’s a difficult question to answer. Attorney general Elizabeth Barrett-Anderson was on the 4 hour Phill with Phill Leon Guererro where she discussed  a possible request from public health to clarify a word within the public law.

“I have not issued an official opinion. I am working with public health on those issues, and it was discussed. Id have to remind my self exactly what that is but if public health hasn’t revealed it to you then I’m not going to,” said AG Barrett-Anderson.

By law, the attorney generals office cannot divulge information that was received due to attorney-client privilege. The confusion, at least on public health’s end comes from the word promulgate and what that means in terms of the public law. The public law states that ‘no later than nine months after the enactment of the act and after consultation with the advisory board, the department shall promulgate rules.’

The rules were enacted on February 20, which means that November 20 would have been the deadline to promulgate the rules. PNC spoke with public health director James Gilan who confirmed that he asked the AG’s office for an opinion on what the word means but he has not received an answer. Gilan added that public health revising the rules and regulations and passed it to the AG for review before the November 20 deadline. At this point, it seems to be a matter of interpretation as to whether or not, 9 months from the enactment of the law, which is November 20, is the deadline to promulgate the rules and regulations for medical marijuana.