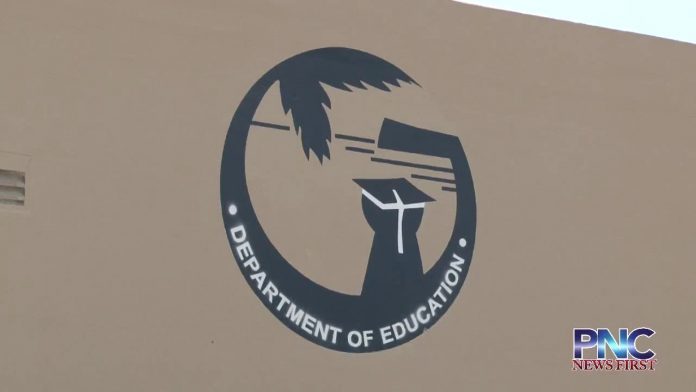 According to the annual state of public education report for the school year 2020 – 2021. GDOE had a total of 132 students who dropped out of their respective high schools. Compared to school year 2019 – 2020 this number has dropped by 95 resulting in a 1.5% dropout rate.

Graduation numbers have also decreased by approximately 279 students comparing the school year 2019 – 2020 and school year 2020 – 2021. All these numbers coincide with the topic on GDOE’s retention plans. During an interview on Newstalk k57 with Patti Arroyo this morning Deputy Superintendent Joe Sanchez reports that GDOE is looking to observe their current retention policy and set up stronger parameters.

Deputy Superintendent Sanchez acknowledges that people might say to hold back students if they do not meet current standards.

” Well that hasn’t been proven effective. It doesn’t show student achievement in fact it makes it worse to student behaviour it makes it worse in terms of social and emotional health and makes it worse and a lot of cases that comes to achievement so it’s really a strategy. That has no evidence that it works but has a lot of evidence that it makes things worse for the kids especially when it comes down to dropouts in high school i think its 3 or 4 times likely that a student gets retained is gonna end up dropping out. So really we have to be careful when we jump to retention as a solution when there really isn’t any evidence behind it -. ”

Sanchez says that he wants to tighten up the strategy that does work that counteract social promotion. Which could include earlier intervention, ongoing additional support to students who are falling behind.

He adds that they have been doing but he feels that they could do a better job at a more consistent pace for the next school year and years to come.