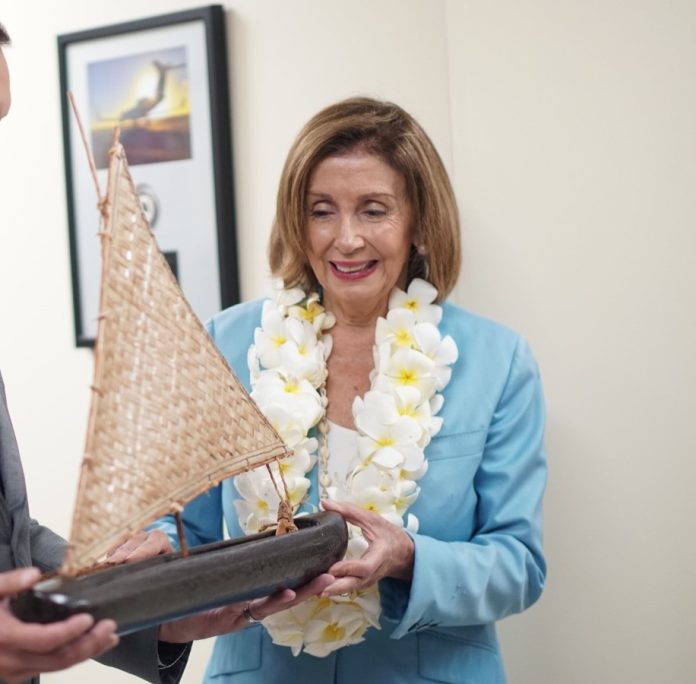 The island received a visit from Congress last night.

House Speaker Nancy Pelosi met with Governor Lou Leon Guerrero during her stopover on the Island.

In an interview on NewsTalk K57 with Patti Arroyo – Governor Leon Guerrero said that although the meeting was brief, her exchange with Speaker Pelosi will help build future discussions about critical issues that impact Guam.

Governor said, “It was only about maybe an hour probably that she stayed, that her group stayed, but I wanted to at least make it known that we are here and that we are willing to work in the name of security for throughout this region.”

She added, “Now the, you know, Chair of the Veterans Affairs and Foreign Affairs knows a little about Guam and who the Governor is and how were willing to sit down and discuss if we need their help in any kind of legislation we have already made the primary and initial introductions.”

The Governor was not the only Island leader to meet Speaker Pelosi.
Guam’s representative in Congress – Delegate Michael San Nicolas also met with the Speaker to talk about Guam’s safety along with the Island’s need for inclusion in national programs.