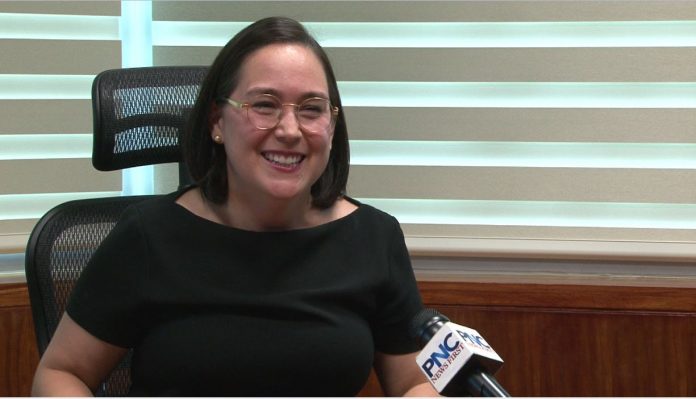 Guam –  The Bank of Guam is hosting its Economic Forum this Tuesday,  Oct. 16 at the Dusit Thani Guam Convention Center. The bank hosts an economic forum twice a year and this would be the 12th year that the bank has hosted such forum.

President Duterte’s former Secretary of Environment and Natural Resources, Gina Lopez will be on Guam next week. Secretary Lopez is the keynote speaker for the forum. The world-renowned environmental activist will be joining Bank of Guam’s Chief Economist Joe Bradley as well as local business leaders and innovators, to take part in this prestigious economic forum.Secretary Lopez is a pioneer for corporate-social-responsibility.

According Leon Guerrero, “we wanted to begin having the economic forum so that we could share that with our partners in the private sector and the public sector, basically anyone who would be interested in attending that kind of forum.”

First planted here on island in 1972, Bank of Guam’s seeds have since spread all over the Pacific. The People’s Bank is taking a proactive approach to dealing with environmental issues based on the impacts of environmental neglect on the localities it serves. One of the places that Bank of Guam serves is the Republic of the Marshall Islands. Leon Guerrero shares that they are very alarmed about the effects of global warming in the RMI. She also pointed out that it’s only a matter of time before the state of alarm affects Guam.

“We were founded to help the community and sustainability is really a community issue. Our economy is completely dependent on our environment and health of the environment. Without this beautiful island that we have, we would have no tourism. I don’t think that you can separate one from the other.”  -Maria Eugenia Leon Guerrero, Bank of Guam Executive Vice President