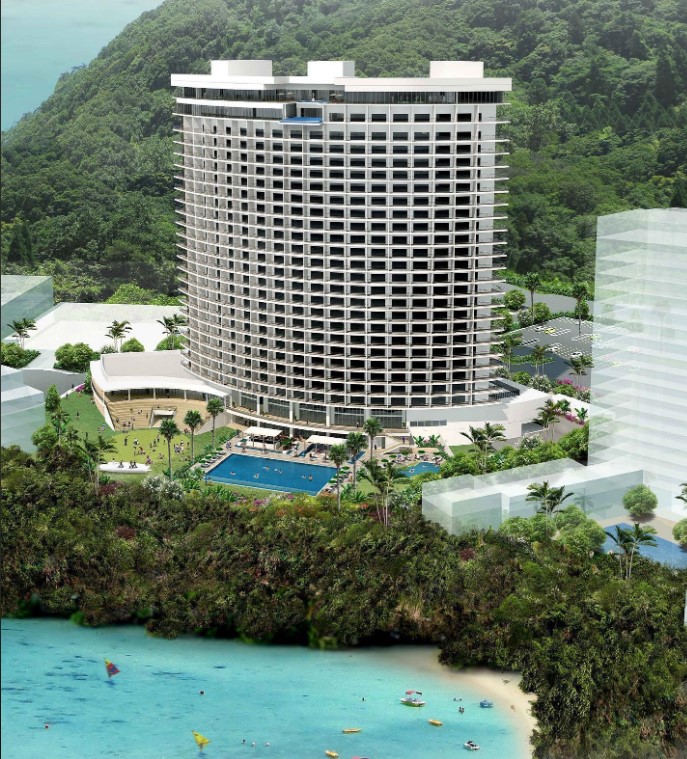 The Tsubaki Tower is the first newly built hotel in Guam within the past four years.

Located in the northernmost point of famed Tumon Bay the Tsubaki Tower is nestled in a quiet lush corner of the island’s tourism district and overlooks a world-class marine preserve.

The Tsubaki Tower is Guam’s newest resort, which offers 340 all-oceanview rooms and suites. With its enviable setting and upscale offerings, the resort combines an elevated level of luxury that is rooted in the island’s unique 4,000-year-old culture.

The 27-story resort is perched at the highest point of Tumon Bay and nestled into five acres of lush greenery and mountainside. Each of The Tsubaki Tower’s 340 rooms and suites faces the ocean and offers panoramic views of Guam’s Pacific blue waters and vivid sunsets. From the higher floors, guests will be able to view famed Two Lovers Point to the north and the pristine Orote Point to the south. Two white-sandy beaches are within walking distance of the hotel – Tumon Bay, a world-class marine preserve, and historic Gun Beach, accessible by a nature trail.

Mr. Mitsuo “Mike” Sato, President of P.H.R. Ken Micronesia, Inc. noted to guests that The Tsubaki Tower aims to serve as a proud ambassador for Guam, encouraging the enjoyment of Guam’s natural environment through discovery and exploration. The hotel aims to provide its guests with authentic and unique moments of Discovery, Belonging, Wonder, and Serenity which is part of The Tsubaki Journey. Visitors can look forward to experiencing the island’s alluring heritage throughout their stay.

Mr. Sato added, “From the conceptual stage, The Tsubaki Tower was designed to honor the island’s unique culture and sense of place. We incorporated into the design natural textures, language, and the flavors inspired by Guam’s nature and history, a first of its kind for the island. We wanted to show our commitment to Guam, by including its essence in the littlest details.”