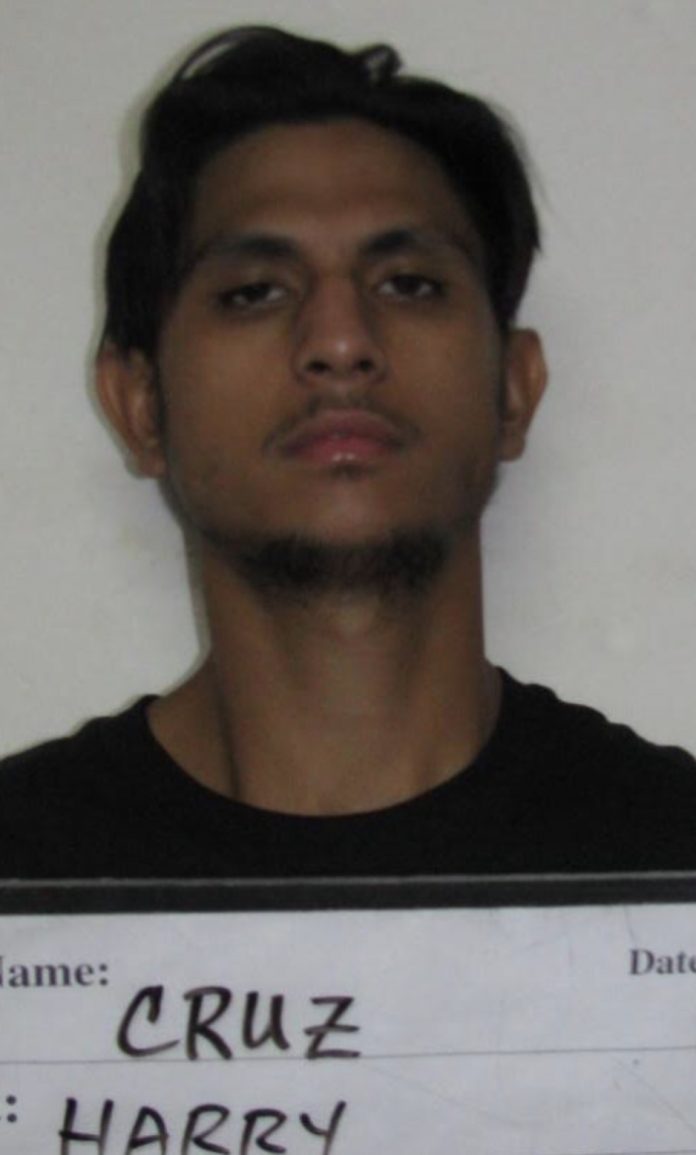 Guam – A stolen purse, a car chase and being at the right place at the right time, led to the discovery of methamphetamine, and prescription pills.

The victim told police that she and her friend met up with two other friends early this morning at San Jose Supermarket where the two friends hopped into the backseat of her car, one of the individuals is identified as Harry George Cook Cruz.

According to court documents while Cruz sat in the backseat of the vehicle, a witness saw him hiding something under his shirt before the two jumped out of the vehicle and left in a Toyota truck.

The victim told police that after learning this, she checked the backseat of her car and noticed a small leather backpack containing her identification and about $200.00 in cash was missing and proceeded to chase after the truck but it appears their efforts were unsuccessful.

Court documents state that later as the victim met with police at a bakery, the truck drove past, causing the victim to shout, “that’s him.”

Police pulled the truck over and the driver was identified as Cruz. Police say that Cruz appeared to have bloodshot watery eyes but he did not smell like alcohol, also indicating that he failed a field sobriety test and passed a Breathalyzer test.

The complaint states that a pat down was conducted and revealed a plastic baggie containing methamphetamine and prescription pills.

Cruz was questioned by police regarding the victim’s bag, to which he allegedly admitted to throwing it out of his vehicle near the entrance of Jolene Guerrero street. Cruz allegedly also told police that the missing items might be found in his glove compartment. Police say that Cruz’s stated he took the bag because the victim had previously taken his belongings.

After searching the vehicle, police say they recovered the victim’s missing items, and $80.00 in cash meanwhile the purse was recovered in the area Cruz described.

But that is not all police found. In the vehicle, police also allegedly found a glass pipe with white residue, and a pill container with the name Derek Baza Hills. In the container police an assortment of prescription drugs were found to include morphine. Cruz allegedly told police that he received the prescription drugs from Hills the previous day.

Cruz was charged with possession of a scheduled two controlled substance, theft of property and driving while impaired.