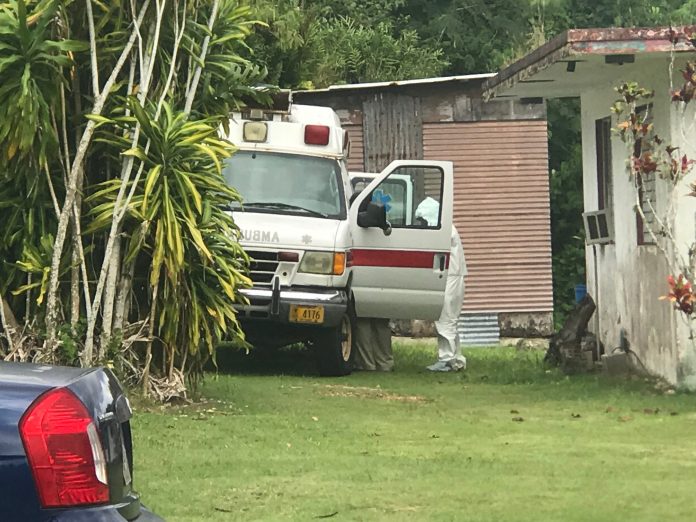 Guam – Since the beginning of this year, the Guam Police Department has launched six investigations into deaths around the island. Little in the way of information has been provided on these cases, all of which carry different classifications.

April 1–a pedestrian was struck along Route 2 in Agat near Nimitz Beach. There were no witnesses to the incident but authorities suspect the pedestrian, identified as Jesse Castro, was the victim of a hit-and-run. The case remains open.

June 3–a hit-and-run in Ysengsong, Dededo claimed the life of Barbara Lizama. The suspect’s vehicle was described as a pick up truck with an election sign mounted in the truck’s bed. Police are still searching for the suspect.

June 16–he family of Timicca Nauta awoke to discover the 15-year-old girl gruesomely murdered in her bedroom. Now, nearly three months later, the person responsible for her death is still on the loose. Her death is classified as a homicide.

GPD Spokesman Sgt. Paul Tapao assures the community that they are moving forward in her case and are exploring every lead.

“It’s unfortunate what happened to the young lady. We sent test samples to the FBI, it was a tedious task because we had numerous samples to be sent back. Once we get every sample back we can move forward with this. We want to remind the community that we have officers out there to safe guard the safety and community of our island,” said Tapao in and interview with PNC.

However, when GPD will recieve the results is at the discretion of the FBI, which is tasked with examining evidence from across the nation. Therefore, evidence in Guam cases are reviewed as FBI resources are available.

July 15–an expired person’s report was generated by officers assigned to the Hagatna Precinct Command regarding a man found dead within a unit at the Taitano’s Apartments in Mangilao. The investigation was reclassified as a death investigation following the completion of the autopsy. No further information has been provided by GPD.

August 31–a decomposing body was discovered at 358 Macheche Avenue in Dededo. Authorities suspect foul play as Chief Medical Examiner Dr. Aurelio Espinola confirmed that the victim’s feet were bound at the ankles with tape.

“Our investigators are in the preliminary state of the investigation. We continue to work on what’s presented as evidence on scene. We are still moving with the death investigation. Now in regards to the comments or anything that the chief medical examiner provided, for the integrity of our investigation, we can’t comment any further based on what we have so far,” explained Tapao.

Espinola has since conducted the autopsy but was unable to determine the cause and manner of death. All we know at this time is that the victim is an unidentified female. Tapao says the death investigation in this case will continue as detectives are actively conduct interviews.

Sept. 2–Angel Petros was discovered unconscious and unresponsive behind the RFK Library at the University of Guam. Police have classified his death as an injured person’s report.

Tapao later confirmed that Espinola completed the autopsy report, finding that Petros’ cause of death was due to a broken neck with the manner of death ruled “accidental.”

Interestingly, though, Tapao shares that the injured person’s investigation will continue as GPD will conduct further interviews with family members and Petros’ known associates.

Detectives continue to seek community assistance in these unsolved cases. Should anyone have information, please call 472-8911. Information can also be submitted anonymously through the Guam Crime Stoppers 24-hour hotline at 477-HELP, or online at guam.crimestoppersweb.com. All calls will remain completely confidential.

CORRECTION: A previous version of this story noted that there were five unsolved death investigations pending this year. We have since updated the story to include a sixth case.