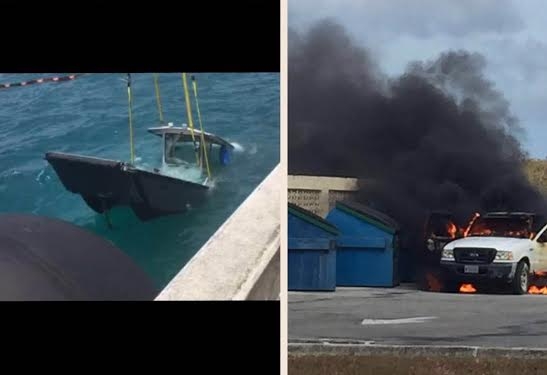 One happened on Wednesday and the other happened two weeks ago.

Guam – Also some pictures of other accidents have been circulating on social media that did not actually occur on Thursday.

For example a picture of a sunken boat and a pickup truck on fire were both being spread on social media with people claiming the accidents happened on Thursday. However according to Navy Public Affairs Major Jeff Landis the truck is an MWR vehicle that caught fire Wednesday and the boat was a DZSP vessel that sunk two weeks ago. Landis says the cause of both incidents is still under investigation but there were no injuries or deaths in either incident.