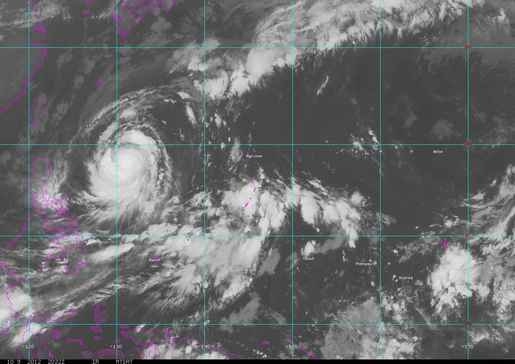 GovGuam and the Navy have placed the island in Condition of Readiness (COR 2). Most places that have closed in preparation for the storm will not reopen unless COR 4 is declared.

Guam – In light of Typhoon IN-FA, the Government of Guam and the Navy have set a Condition of Readiness 2 (COR 2), which according to the Guam Homeland Security means that damaging winds of 39 mph or more are possible in the next 24 hours. Due to the storm, the following areas have been closed:

U.S. Coast Guard Captain of the Port (COTP) Guam has established Port Heavy Weather Condition (PHWC) YANKEE. The Setting of PHWC YANKEE requires all commercial vessels greater than or equal to 200 tons to leave the port, and prohibiting incoming vessels from entering the port. Vessels or facility operators that wish to receive a waiver form these restrictions must submit a written request.

Community First Guam Federal Credit Union is closing its member service today, November 20, at 3:00 p.m. Regular hours of operation will resume when COR 3 has been declared.

The War in the Pacific Historical Park is closing the T. Stell Newman Visitor Center today, November 20, at 1:30 p.m. Park restrooms, gates, and all facilities will remain open until the end of business today. Scheduled programs and reservations are also canceled. Park facilities as well as the Visitor Center will remain closed until COR 4 has been declared.

The Governor’s Office has announced that the 2015 Magnificent Professionals Awards ceremony that was scheduled for tonight, November 20, has been postponed. Details of the ceremony’s new date and time will be announced.

The Judiciary of Guam has closed the Guam Judicial Center in Hagatna and the Northern Court Satellite in Dededo at 12:00 p.m. last Friday, November 20. The Judiciary will remain closed until COR 4 has been announced. All hearings and Jury Orientations will be rescheduled to later dates.

Today at 4:00 p.m., all Coast360 Federal Credit Union locations will be closed. Operation hours for tomorrow, Saturday, November 21, are dependent on the storm and will announced.

The Guam Regional Medical City’s Emergency Department and other critical patient services will remain open  as Typhoon IN-FA passes. Physicians, nurses, and staff will be on duty during the storm. GRMC asks that expectant mothers stay at the hospital if they are 36 weeks along or further into their pregnancies. They are advised to bring their own toiletries, snacks, change of clothing, entertaining materials/devices, ID and insurance cards, as well as other needed medication. According to GRMC, pregnant women may not bring escorts, children, pets, and personal pillows or linens.