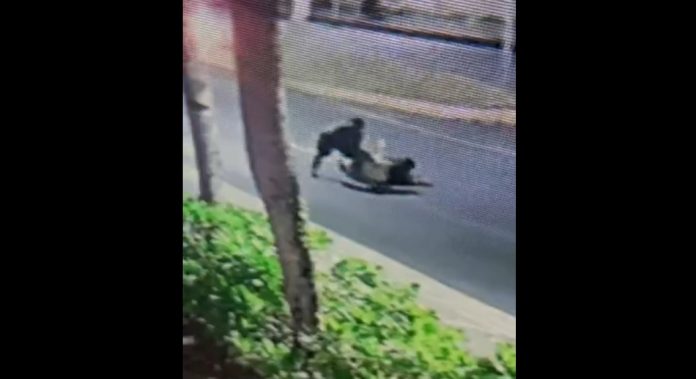 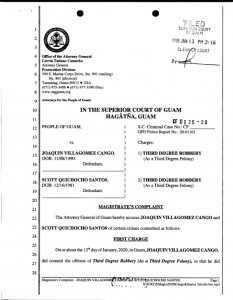 Two men have been arrested in connection with a brazen attack on two female Japanese tourists in Tumon around midnight Saturday.

The two women were walking back from K-Mart to the Fiesta Resort where they are staying when the attack occurred.

The attack was captured on multiple surveillance cameras and a video showing the attack is circulating on social media.

Two women, speaking Mandarin, can be heard on the video describing what happened and pointing at the various video clips as the attack plays out.

One video clip shows a red sedan dropping off a man along San Vitores Road near the Fiesta Resort. The man is then seen hiding between two cars as two women approach, walking along the sidewalk.

The thief waits until the women pass him, then he attacks them from behind.

They back away into the street but fall in the middle of the road. The thief then grabs the handbag of one of the women and flees in the red sedan that dropped him off.

In a release, GPD spokesman Sgt. Paul Tapao said the robbery was reported about 12:30 a.m. Sunday.

The two women suffered minor injuries and were treated at the scene by Guam fire medics. The red vehicle was later spotted in Dededo where the two suspects were arrested.

29-year-old Joaquin Villagomez Cango was booked and confined on robbery and assault allegations. 38-year-old Scott Quichocho Santos is accused of conspiracy and guilt established by complicity. 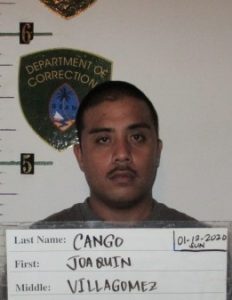 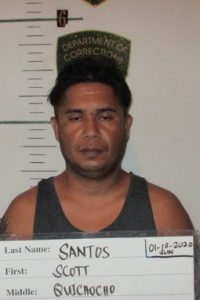