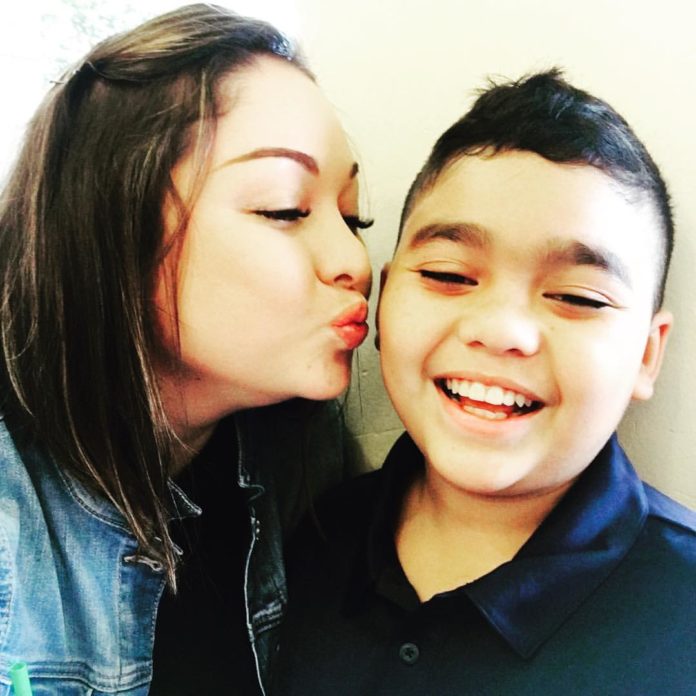 Guam – In the aftermath of the false missile threat in Hawaii, residents are still reeling from what felt like a very real missile threat last Saturday.

But even with the government’s apologies, explanations and promises to improve their alert system, some families are still recovering from the damage that’s been done.

We spoke with a former Guam resident, a mother, who shared her story with us.

“And he tells me to call our son and I’m freaking out already,” recalls Millicent Ann Borja, a former Guam resident now living in Hawaii.

Borja was in Washington D.C. on a business trip when she got the call from her ex-husband telling her that a missile was headed for Hawaii where their 12-year-old son Noah was at.

To this day, Borja gets emotional talking about it.

“It’s really hard for me to talk about it,” said Borja, her voice quivering.  “So I get off the phone and I call my son. ‘[I say] is everything all right?’ ‘Well daddy called me freaking out and he said that there’s a missile coming,’ and I said, ‘Are you afraid?’ and he’s like, ‘Yes, mom, I am,’ and I said, ‘Ok well let’s pray.’ So we prayed and then he told me, ‘Mom am I gonna die without you?'” recalls Borja as she chokes on tears. “And it was so hurtful, I was scared and I said, ‘No you’re not gonna die alone. You’re gonna be ok.’ I said, ‘I love you so much.'”

For those few harrowing minutes, a reality had sunk in for Borja: she was about to lose the most important person in her life and she was not there to comfort him.

Stories like Borja’s have dominated headlines in recent days. And the chatter among Hawaii residents has been about this colossal mistake, as it turned out to be a false alert: an employee, according to the government, accidentally pressed the wrong button.

While things have settled down in Hawaii, there’s no denying that, for many families, the damage has been done.

“There’s people putting their kids down the manhole, there’s people hiding in tubs. I mean this is bigger than a mistake on the government’s part. This has done a lot of mental damage to people. Like, what do you say to your kids now?” expressed Borja. “Kids feeling scared now, what do you tell these kids? And I know it’s a reality that we live in a world like that.”

For now, Borja says all they can do is pray—pray for those who may have been mentally hurt or anguished by this experience, pray that a mistake like this never happens again, and more importantly, pray that a missile is never launched at all.