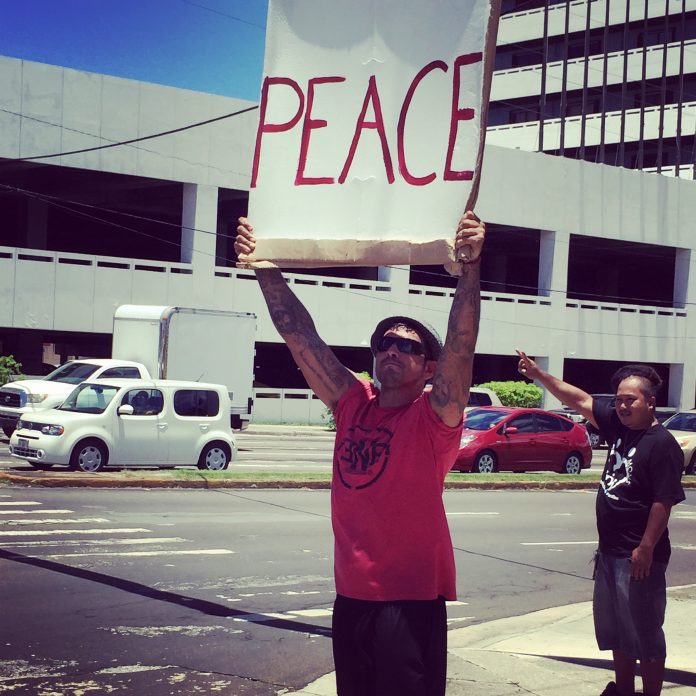 John Leon Guerrero wants to spread a message of peace because of recent tragic events that have occurred on island.

Guam – Have you seen a man standing at the ITC intersection holding up a sign that says PEACE? That’s John Leon Guerrero and he’s on a mission to stand there for 24 hours straight to spread a message.

John Leon Guerrero felt it was necessary to spread a message of Peace throughout the island in light of recent tragic events. And he only planned this just a few hours before he began standing at the ITC intersection.

“When I first found out about this it was literally an hour or two before he planned to do this,” explains Jarvis Ladrido, Leon Guerrero’s friend.

“I think too, it has a lot to do again with these very out-of-the-ordinary tragic events that happened on our island. For him not to say anything really says a lot more. This is why I come out here to support them,” Ladrido says. “To do this. We don’t see this everyday. It definitely–it’s beautiful.”

Ladrido tells us that more people plan to join Leon Guerrero after work hours are over.